In his 1989 book From Beirut to Jerusalem, columnist Thomas Friedman of The New York Times, wrote, “Israel is becoming Yad Vashem with an Air Force.” That line represents the kind of smart-alecky analysis that helped build Friedman’s brand as a faux foreign-policy wise guy that still sustains him in his perch on the Times’ op-ed page, even though his columns have been stale and devoid of any real insight for years. But his quip at the expense of the Jewish state—and the link between its determination to survive and the memory of the Holocaust—has not been forgotten. That’s because it represents the impatience of many in the chattering classes with Israel’s embrace of its role as the ultimate guarantor of the safety of the Jewish people.


In the more than 30 years since Friedman’s book became a best seller, more lip service than ever is paid to the memory of the Shoah, while some of the same people who beat their breasts about the Six Million fail to speak out against the lie that Israel behaves like the Nazis. Yet in spite of that anti-Semitic smear, the 75th anniversary of the liberation of Auschwitz is an apt moment to remind us why the memory of what did and didn’t happen there is still central to the rationale for modern Zionism.

There is no evading the fact that the at the moment in history when Jews were being slaughtered in the Nazi death factory at Auschwitz by the hundreds of thousands, their fate was a minor issue even to those in the civilized world who were waging war on Germany. That’s why the ongoing debate over the failure of the Allies to bomb Auschwitz continues to inspire anger and controversy to this day.

The question of whether Auschwitz should have been bombed is the subject of an episode of the PBS’ documentary series “Secrets of the Dead,” which will premiere the week of the Auschwitz liberation anniversary. Despite some clear limitations (including the lamentable practice of incorporating dramatic re-enactments of historical events by actors), “Bombing Auschwitz” is an interesting introduction to a complex and tragic subject.

The film opens with the miraculous escape from Auschwitz in April 1944 by two young Jewish prisoners: Rudolf Verba and Alfred Wetzlter. The pair eventually reached safety and reported in detail what they had seen to Jewish officials, who then were able to pass the document to the representative of the U.S. War Refugee Board in Switzerland. The report detailed the way Auschwitz operated, including the “selection” process, the gas chambers and the crematoria where the bodies of the slain were burned. They hoped to warn the Jews of Hungary, who were the next main group the Germans and their collaborators intended to transport to Auschwitz for certain death.

But throughout the rest of 1944, the trains to Auschwitz kept running. At the height of the tragedy from May to July 1944, approximately 55,000 Hungarian Jews were deported to the death camp every week. More than 5,000 were gassed and cremated every day. Throughout the course of the war, about 1.1 million Jews would be murdered at Auschwitz.

The report on Auschwitz did eventually circulate among the leaders of both Great Britain and the United States. British Prime Minister Winston Churchill wrote that what was happening was “the most horrible crime in the whole history of the world.” Jewish leaders and officials of the War Refugee Board urged that the American and British air forces bomb the railroad tracks and the death factory itself. The hope was that doing so might put Auschwitz out of commission, as well as send a warning to the Germans that the Allies were aware of what was going on and that those responsible would be brought to justice after the war. But the Allies never took any such action.

The reasons for this inaction were complex.

The British and American militaries protested that a mission to Auschwitz was too difficult. But U.S. planes were already bombing an I.G. Farben factory complex in the vicinity, and some bombs fell by error on the camp complex, killing Nazi guards as well as inmates. The excuses were justified in the sense that true precision bombing was impossible at that time, and bomb damage to railways could also have been quickly repaired.

Still, the obstacles to action against Auschwitz went beyond technical problems.

Some refused to believe the stories of Nazi atrocities or simply couldn’t fathom what they were told. But one failing of the PBS film is that it takes the information leaking out about Auschwitz in 1944 in isolation from what the Allies had already learned. A year before the debate about Auschwitz, President Franklin Roosevelt had already heard personally from Jan Karski, the brave Polish officer who had snuck into and then out of the Warsaw Ghetto and German camps and brought out of Poland other evidence of the Nazis’ effort to industrialize murder. German plans for the annihilation of the Jews of Europe were also known and published, even if they were downplayed by the mainstream media of the era. Excuses about disbelief don’t stand up to scrutiny.

More important was the sense that any concern other than winning the war against Germany was a dangerous diversion of blood and treasure from military efforts. While understandable in the context of the time, that attitude failed to take into account that for the Germans, killing Jews was a priority. They may have lost the war, but winning the battle for genocide was equally as important to them.

Meanwhile, some in America, like Assistant Secretary of War John McCloy, said that bombing the camp might provoke the Germans to further atrocities, as if anything could be worse than Auschwitz. Others worried about killing inmates in the raids, although such concerns failed to understand that their captors already marked the Jews at Auschwitz for death.

But most Allied officials simply were uninterested in the question of rescue or stopping the unfolding mass murder. As historian Deborah Lipstadt says in the film, “no one gave a damn.” Had FDR and the rest of his administration treated the issue of rescue with the urgency that history mandated, many could have been saved from the Auschwitz gas chambers.

The lesson here is that the Jews were basically on their own in a genocidal war that was essentially separate from the one being waged by armies. When in 2003, the Israeli Air Force made a fly-by over Auschwitz, it was more than a publicity stunt. It remains embedded in the consciousness of those who are tasked with the defense of the Jewish people today. Israel is far more than a Holocaust memorial and a military establishment yet the ability to defend itself represents a guarantee that never again will the Jews wait in vain for friends to save those in peril.

As much as it would be desirable if the memory of the Holocaust would motivate the world to prevent new genocides, the last 75 years have proven again and again that this is largely a forlorn hope. It is the need to preserve the ability and the will of the Jews to defend themselves—and not the empty rhetoric heard on Holocaust Memorial Day—that is the true lesson of Auschwitz. 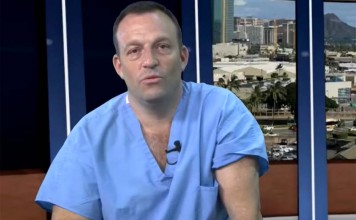 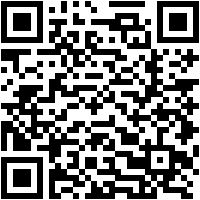