Against the backdrop of progress in the negotiations for normalization in the Gaza Strip, the meeting of some fifty world leaders at the Yad Vashem international Holocaust forum in Jerusalem on Thursday, and the thwarting of a terrorist attack from the Gaza Strip Tuesday night, Israel fears the renewal of rocket fire from Gaza at the worst possible time. In response, the IDF has deployed additional Iron Dome batteries in the area.

At the same time, intensive contacts between Egypt and Hamas are underway to stop the launching of explosive balloons from Gaza in the direction of Israel. Kan 11 News reported Wednesday that Hamas acceded to Egypt’s request and ordered the balloon launches to be stopped. But there has been no official message from Hamas on the subject.


In the past two weeks, the Egypt-Hamas relationship has declined, after the Egyptians had raised the price of cooking gas entering Gaza from the Sinai, which was Cairo’s retaliation for the visit of Hamas leader Ismail Haniyeh in Iran, against Egypt’s explicit request. So far it’s unclear whether a solution has been reached for the cooking gas crisis.

Can it get more Middle East than that?

On Wednesday morning, IDF Spokesman Brigadier General Hedy Silberman addressed the thwarting of Tuesday’s terrorist attack at the Gaza border and said the IDF estimated it was a planned operation and not a spontaneous intrusion. He added that the three terrorists who had been killed, ages 17 to 18, crossed the border “at a spot we know and are familiar with, with a relatively hidden terrain and a nearby wooded grove.”

“Because it is a well-known place, we believe that this was not a spontaneous intrusion, since there have likely been two previous penetrations from this area, Brigadier General Silberman said, and made it clear that the entire event, beginning to end, was under IDF watch.

“The three ran towards the grove, with Haruv special force and the 52nd Armor Battalion surrounding them, with support from observation posts and from the air,” Silberman related. “When the terrorists realize they have been identified, they start heading south toward the wooded grove and throw two explosive charges at the forces, which fire and kill all three. A knife and a screwdriver were also found on their bodies.”

On Wednesday, Chief of Staff Aviv Kochavi met with the fighters who thwarted the intrusion, and expressed his appreciation, according to Brigadier General Silberman, who added, “He stressed to them that this was a good example of what is needed to sharpen the IDF’s operational edge and exploit its capabilities.” 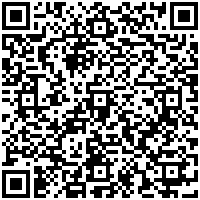