In the wake of the Pittsburgh synagogue shooting, there is no way to go on pretending that right-wing anti-Semitism isn’t alive and still presents a deadly threat to Jews, even if the numbers of its adherents remain small and marginalized in terms of their access to positions of influence or power. But when faced with the increased visibility and influence of those willing to openly advocate for the demonization and destruction of the one Jewish state on the planet, the reaction from some on the left has been not so much to discount this trend as to embrace it.


That’s the unfortunate conclusion to be drawn from reactions to last week’s controversy over now former CNN commentator Marc Lamont Hill and his anti-Israel tirade at the United Nations, as well as the open support for the BDS movement on the part of two new Muslim-American members of Congress.

The most prominent example of this trend is New York Times columnist Michelle Goldberg. In her latest column, she makes a straightforward argument for the proposition that support for the elimination of the Jewish state is not only not anti-Semitic, but also somehow more in keeping with the values of Diaspora Jews.

While this argument is framed in terms that attempt to depict Israel’s left-wing foes as advocates of liberal values, the opposite is the truth. Goldberg’s stand is one that justifies a form of bias that is indistinguishable from anti-Semitism. That she does so while depicting herself as a guardian of Jewish values is utterly despicable.

Goldberg’s argument has a precedent. Anti-Zionism was popular among some American Jews prior to World War II. But if anti-Zionist groups like the American Council for Judaism declined from mainstream status to a group of marginal cranks after the Holocaust, it was because the overwhelming majority of American Jews were capable of drawing obvious conclusions from historical events. They understood that the Zionists were right about the necessity for a Jewish state in a world where anti-Semitism was a virus capable of attaching itself to a variety of ideological movements.

At a moment when Jew-hatred is on the rise, both in the Muslim world and the streets of Western European cities, that basic truth remains unchallenged even as

Israel has become the stand-in for the stereotype of the homeless, despised Jew that had long sustained such hate.

Goldberg claims that opposing Jewish ethno-nationalism doesn’t make you a bigot. But those who wish to deny the Jews the right to their own state, as well as the right to live there in security—things they don’t seek to deny to other ethno-religious groups in this fashion—are singling them out in the same way anti-Semites have always done and are practicing a form of bias. And bias against Jews is anti-Semitism.

That’s why the BDS movement, which can now count among its adherents two new members of Congress in Democratic Representatives Rashida Tlaib and Ilhan Omar, is not interested in changing Israel’s policies so much as it wants no Israel at all, and engages in anti-Semitic invective and violence to get its way.

Yet to justify their stance and the notion that nice, liberal Diaspora Jews—as opposed to those nasty Israeli Jews who remain determined to defend their state against those who are still waging a century-old war on Zionism—should praise them for it, Goldberg distorts three basic issues.

One is that she gets the Israel-Palestine conflict dead wrong. The columnist claims that the Israeli government’s foreclosure of a two-state solution via settlements justifies the efforts of Palestinians to replace the Jewish state with a secular alternative. Yet in order to come to that conclusion, you have to forget the last 25 years of history during which the Palestinians have repeatedly rejected offers of an independent state. They did so because they were unwilling to accept the legitimacy of a Jewish state no matter where its borders were drawn. Israelis also saw what happened when they withdrew every soldier, settlement and settler from Gaza in 2005 and think that replicating the terrorist state that now exists there in the West Bank would be suicidal madness.

She’s also wrong about Israel being antithetical to pluralist democracy. To the contrary, though it is as imperfect as any democracy, Israel remains a fundamentally liberal society based on the rule of law. Replacing it with a binational state where Islamists would be empowered would not only destroy democracy but also endanger millions of Jewish lives.

Equally wrong is her notion that Israel’s attempts to forge relationships with Eastern European states means that it supports anti-Semitism elsewhere. With so many enemies, Jerusalem’s efforts to make friends in unlikely places in Europe, as well as in Africa and Asia, are entirely understandable. But while some of those regimes are problematic, the sad truth—as JNS’s Sean Savage points out in his news analysis—is that it may be that Jews are safer in Eastern Europe than they are in supposedly more enlightened Western Europe. Ironically, it was the vicious anti-Semitism in Paris—the most liberal city in the world in the 1890s—that convinced Theodor Herzl of the necessity of creating a Jewish state.

What Goldberg is really trying to do is replace the whole idea of Jewish peoplehood with a loose universalism in which Jews will return to their old role of popular victims, dependent on the good will of others. That conforms to Cynthia Ozick’s line about “universalism being the parochialism of the Jews,” but does nothing to advance liberal values or Jewish safety.

Progressives who fall into this trap are demonstrating their lack of understanding of more than the realities of the Middle East conflict.

Criticism of Israel’s government isn’t anti-Semitic, but what those who rationalize a cause that seeks to eliminate the one Jewish and democratic state on the planet are also rationalizing a particularly noxious form of modern-day anti-Semitism. That some do so in the name of Jewish values or liberalism from their prominent perches in academia or at The New York Times doesn’t make them any less abhorrent. Nor does it change the fact that their efforts will continue to fail, as Israel, with the support of decent people, both Jewish and non-Jewish, keeps going from strength to strength. 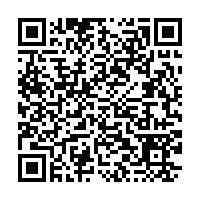