Israel’s Health Ministry announced Sunday that all fully vaccinated Israelis – ages 12 and up – will now be eligible to receive a booster shot, five months or longer after having received the second dose of COVID-19 vaccine.


In addition, quarantine for travelers returning from abroad will be reduced from seven days to just 24 hours, if the traveler has received all three doses of the vaccine.

On the downside, Green Pass documents will also be valid only for six months after one receives the second dose of vaccine, effective immediately.

Interior Minister Ayelet Shaked said in an interview Saturday night on Israel’s Channel 13 News that she believes “The moment the third dose is available to everyone, the Green Pass should not be given to anyone who has only received two of the three shots.

Shaked told viewers that Israelis will not have to contend with a coronavirus lockdown this year on Rosh Hashana – but she was unwilling to commit herself to anything after the start of the Jewish New Year. 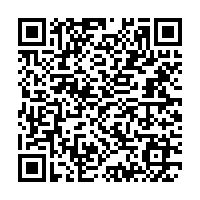