Every non-liberal leftist – that is, nearly every Democrat running for president, New York Times and Washington Post columnist, CNN and MSNBC host, and your left-wing brother-in-law – labels every Trump supporter and, of course, President Donald Trump himself, a “racist.”

And they don’t stop there. Leftists don’t only label the half of the country that supports the president “racist”; they label all whites and America itself “racist.” If your son or daughter attends or recently attended an American university, it is close to certain he or she was repeatedly told that America and all whites are racist.


According to the left, whites are divided between those who admit they are racist and those who don’t admit it. Every conservative and many liberals, however, know this is a big lie.

The great question is: Do leftists believe it? It is impossible to know. But this we do know: If you repeat something often enough, and if your weltanschauung and that which gives your life meaning are dependent upon believing something, you will eventually believe it.

So here is a way to show it is a lie.

Ask any white conservative, including one who supports Trump, the following three questions:

1) Do you have more in common with, and are you personally more comfortable in the company of, a white leftist or a black conservative?

2) Would you rather have nine white leftists or nine black conservatives on the U.S. Supreme Court?

3) Would you rather your child marry a black Christian conservative or a white non-Christian liberal?

A white racist would prefer the whites in each case.

If you’re an honest leftist, this should present a powerful challenge to your belief that all white conservatives are racist.

But it won’t. Leftists have too much at stake to confront the truth about conservatives. Everything the left has ever believed has depended upon lying about opponents. From the day Stalin labeled Trotsky – who served as the head of the Red Army and who, along with Lenin, founded the Bolshevik Party – a “fascist,” leftists have lied about their opponents.

Some liberals lie and some conservatives lie, but while truth is both a liberal and conservative value, it has never been a left-wing value. Any leftist who would commit himself to the truth would cease being a leftist. He would either become an anti-left liberal or an anti-left conservative.

So, then, given how important it is to leftists to maintain the lie of conservative racism – along with xenophobia, misogyny, transphobia, and Islamophobia – how would they rebut conservatives’ answers to these questions?

Presumably, they would argue that every conservative who responds to these questions as I described is lying.

But these questions are important – no matter how much leftists ignore or dismiss them – because they perform an important service for conservatives.

I know this from Jewish history. There was so much Jew-hatred in the medieval Christian world that Jews sometimes wondered if there was any truth to the attacks on them. When a whole society denigrates a group, members of the denigrated group start wondering whether any of the attacks on them have any truth.

But when the charge of blood libel – that Jews killed Christian children to use their blood to bake matzos for Passover – arose, it liberated Jews from taking any of the anti-Semites’ attacks seriously. Every Jew knew the blood libel was a lie – Jews never consumed animal blood, let alone human blood. 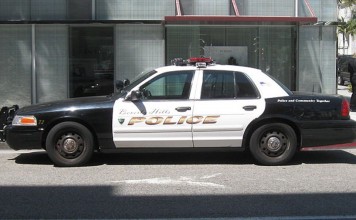 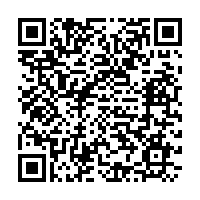