In my last column, I wrote about the importance of being mindful when walking in public. I pointed out the potential harm of being distracted by a smartphone. Walking with your head down, reading a text or composing one, or being online puts a pedestrian at increased risk of being injured by a turning car, or one backing out of a driveway/parking lot or kids speed-riding bikes and boisterous children running on the sidewalk.

And, of course, there are the risks from other pedestrians also looking down at their phones.


There is another element to mindful walking that I want to point out – being on guard against those who deliberately want to disturb or cause harm. Last year as I was walking with a friend, a stranger who obviously was deranged, spat on me as he past. It is disturbing, but men and women who look Jewish are at increased risk for being singled out for mischief or real harm, and walking distractedly and unaware is not in one’s best interest, even in “safe” neighborhoods.

In this column, however, and on a lighter note, I want to talk about being mindful regarding possessions – especially when you put them down. First, I want to point out that this column is directed at myself, as I am just as guilty as anyone else of not paying attention when I put important items down.

I consider it a big chesed that Hashem designed the human body in a way that everything is attached – or else I surely would have gotten off the subway numerous times minus my head, instead of just my umbrella.

I wonder if we tallied up the minutes we waste looking for car keys, cell phones, gloves, glasses and purses if the number over a lifetime would add up to a year!

And I speculate about the amount of money spent to replace items that were never found, because they seemingly went through an inter-galactic portal and disappeared. (As a kid I believed this was possible after watching a Twilight Zone episode and could not find a toy I had hidden from my siblings.) They were all probably left at a wedding; on the bus; at the cottage; at shul; in the park; at school; in the store, in the airport and on the plane.

Seems like leaving important items on the plane is so common that after landing, some carriers have announcements reminding people to check the overhead bin and front seat pockets before exiting. Good advice. In the past I left a toy that I knew a grandson was anxious to have and an iPad. Luckily I was able to retrieve both. However, I never found the small tablet I left by the ATM as I withdrew cash.

I can’t count how many times I paid for groceries, put my money or credit card back in my purse and walked out of the store. Luckily, most of the cashiers would call out to me before I exited, or I realized my arms felt too light and I turned around to get the groceries.

However, I have two face-saving excuses for my embarrassing mindlessness: chemo brain and senior brain. Can’t get away with pregnancy-brain the way I used to. The enlarged stomach surface could work, but the wrinkles would raise skepticism, especially since to most teen cashiers, anyone over 40 looks like a dinosaur.

Without question, it’s extremely difficult to get in the habit of being “in the moment” – especially when we are multitasking and there are simultaneous demands for our attention. But there are ways to make life more organized so less time is spent looking for things.

Since car keys and cell phones are frequently misplaced (and of course the phone battery died so someone can’t simply call it so you can find it underneath the stack of laundry on the counter that you hastily put down because the baby woke up howling and someone’s at the door), I suggest having a designated area to put them when they are not in use. I imagine people have been late for work, school, meetings or medical appointments because they were frantically looking for their keys, phone and wallet. Unless you downgrade to a tiny studio apartment, it would be prudent to put keys in the same place, always, as soon as you walk in. Phones could go into a specific kitchen drawer next to a charger.

Parents would be doing their children a huge favor if at an early age they could get them into the habit of putting away their toys, clothing, and personal items in a designated place like a toy chest or closet. I know that’s easier said than done and could require a massive investment of time, effort and patience – but much like potty training, it’s worth it and they will thank you in the future.

Actually being a role model for kids is a great motivator for an adult to work on his or her own organizational skills and being mindful of putting away his or her stuff.

It’s all about “minding” your own business! 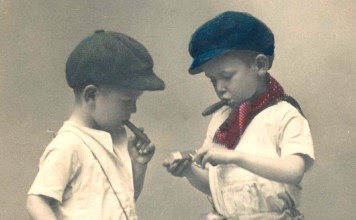