Israel’s government may impose a national lockdown a few hours before the start of the Passover holiday, according to Interior Minister Aryeh Deri, who discussed the possibility with Channel 12 News on Sunday evening following another meeting of the government cabinet.

The extreme move is being considered in order to prevent Israelis from traveling to family and friends for the Seder, thereby generating a new wave of COVID-19 coronavirus infections, Deri said. “We are thinking about imposing a nationwide lockdown for Pesach so that people don’t go to each other’s houses and we lose control because of a lack of discipline,” he told Channel 12. The added presence of Israel Police and other law enforcement personnel on the roads Wednesday night, Deri said, will make sure that “anyone traveling will have to explain . . . where they are going.”


As of Sunday night, 8,430 Israelis had tested positive for the COVID-19 coronavirus; 139 are in critical condition, with 106 of those currently sedated and on ventilators. The Health Ministry said that 49 Israelis have died of the virus.

On Saturday, the city of Jerusalem still had the highest number of residents infected with the virus (1,132) closely followed by Bnei Brak (1,061). However, it is believed there are many others in Bnei Brak who are avoiding the test in order to avoid being diagnosed and quarantined out of the neighborhood.

The cabinet ministers discussed the possibility of expanding the closure currently in place at the Orthodox Jewish city of Bnei Brak to include at least eight more cities as well as a number of Orthodox Jewish neighborhoods in Jerusalem, as a means of further reducing the spread of the deadly virus. In addition, the government is considering dividing the capital into eight zones and restricting the movement of its residents.

Those living in each zone will be required to remain within that zone for all their needs.

One of the cities, Elad, is already under closure. The other cities to be placed under lockdown are Modiin Illit, Beitar Illit, Beit Shemesh, Migdal Haemek, Or Yehuda, Ashkelon and Tiberias. 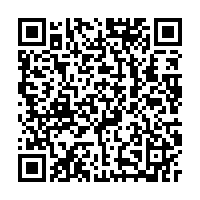