Prime Minister Benjamin Netanyahu announced Thursday night in a televised address that by the end of March, every Israeli over the age of 16 will have been inoculated against the novel coronavirus.

“Our agreement with Pfizer ensures there will be enough doses of vaccine to vaccinate all Israeli citizens over age 16 by the end of March, and perhaps even before that,” Netanyahu said.


“The first plane will arrive on Sunday, and there will be more after that. Israel will be a model country for rapid vaccination.

“This year, on the night of the Pesach seder, we will sit around the seder table with our grandparents, and the rest of our families. When we ask ‘Why is this night different from all other nights?’ we will be able to answer, ‘Everything has changed. Everything is different.’ We will all be vaccinated, together.”

The vaccine distribution companies in Israel have received an update to prepare for the arrival of Pfizer vaccine doses on Sunday at around 4:30 pm, the prime minister said. An agreement was made with Pfizer to increase the number and speed of the vaccine arrivals in Israel, he said, transforming Israel into a “model nation” for how to exit the coronavirus pandemic.

“This . . . will take us out of the coronavirus crisis, and return us to life,” the prime minister said.

In addition, the shipping company that delivers Moderna’s vaccine doses to Israel – which also arrived this week – has also received a notification to prepare for another shipment that may arrive as early as next week as well, according to Channel 20 TV.

Another shipment of at least 100,000 Moderna vaccines is expected to arrive to supplement the Pfizer vaccines.

According to the information sent to the company, there may be two more deliveries by the end of January, possibly more.

Earlier in the day, Netanyahu approved a request by Defense Minister Benny Gantz to give priority to vaccinate teaching staff with the arrival of the new shipment of vaccines. “I thank the prime minister and the defense minister for accepting my recommendation to prioritize education and other school staff,” said Education Minister Yoav Gallant.

Beginning this Sunday, hospitals and HMOs are expected to begin the second jab for those who have already received their first dose of the vaccine.

Health Minister Yuli Edelstein, who also spoke at the briefing, said that 18 percent of the Israeli population has already received their first dose of the vaccine.

Moreover, 70 percent of those who are considered at the highest risk are already vaccinated, he said. On Saturday night, those who have received their first dose will now begin to receive their second dose.

“Next week we will start the new vaccinations for the rest of the population.” 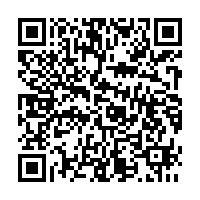