What do you do about a relative who loves you but won’t listen to your concerns?

That’s the likely American Jewish reaction to news about a new poll of Israeli opinion that signals both good and bad news to those who care about the relationship between Israel and the Diaspora.

The good news is that overwhelming majorities of Israeli Jews believe that they are part of one Jewish people, rather than only possessing an Israeli (as opposed to fully Jewish) identity. They think that American Jewish support “is essential” for their security, and that a “strong and thriving” U.S. Jewry is important for Israel’s future. They also believe that Israeli and American Jews share a common destiny and consider themselves “responsible for one another’s welfare.”

The bad news, at least from the point of view of many American Jews, is that most Israelis told pollsters that they don’t think their government should take the views of Americans into account when deciding on issues like the status of the Reform and Conservative movements in Israel, prayer at the Western Wall or the question of recognizing conversions to Judaism. Even larger majorities of Israelis feel that their government shouldn’t take the views of American Jewish leaders into account when making decisions about the peace process with the Palestinians or about building settlements in the West Bank.

How is it possible for Israeli Jews to feel such a strong sense of solidarity with their American brethren and yet simultaneously show no deference to their views about crucial issues? That question infuriates many American Jewish leaders, who are deeply frustrated with the treatment they’ve been getting from the government led by Israeli Prime Minister Benjamin Netanyahu. But before U.S. Jews respond with anger to what seem seems like cognitive dissonance, as well as what they might perceive as a lack of respect, they need to seriously ponder the reasons why Israelis are saying this.

The answer is complicated and is, at least in part, based on the vastly different experiences and cultures of the two communities. It’s also a function of the lingering power of classical Zionist thinking about the negation of the Diaspora and a lack of confidence in the staying power of the rapidly assimilating non-Orthodox Jewish majority in America. It may also have to do with what many Israelis understandably think of as American Jewish ignorance and naïveté about the conflict with the Palestinians.

The survey, “Together and Apart: Israeli Jews’ Views on their Relationship to American Jews and Religious Pluralism,” was commissioned by UJA-Federation of New York. It was conducted by Steven M. Cohen of Hebrew Union College-Jewish Institute of Religion, a widely respected sociologist who has done important research about the demographic implosion of non-Orthodox Jews in the United States.

The chief problem is that some in the United States continue to ignore the political context of the widening divide between Israel and the Diaspora. As Cohen discovered, the majority of Israelis who support the parties that make up the Netanyahu government strongly support the idea of a common Jewish peoplehood and destiny, but also seem to have no patience with Americans whose views on religion and security issues show no comprehension of Israeli realities on the ground. And when U.S. Jewish leaders make demands—however just they may seem to them—about religious issues while also grandstanding about the conflict with the Palestinians in a way that is bound to alienate most Israelis, the result becomes a growing disinterest in the views of Americans.

American Jews are less likely to meekly accept the notion that Diaspora Jewish life is inherently inferior to that of Israel than they were in the past. Part of that has to do with the existence of a large community of Israelis who live in the United States. But it’s also the product of the barrage of attacks on Israel by a Jewish left that is increasingly divided not only about the wisdom of its government’s policies, but about Zionism.

What this has produced is not just Israelis believing that American Jews are, at best, well-wishing outsiders who don’t have skin in the game with respect to how Israeli society functions or the challenges posed to its security. They also see the attempt of Diaspora Jewish leaders to dictate to them on these issues as particularly inappropriate because of what they not unreasonably perceive as the failures of the U.S. Jewish community.

Yet many of those Israelis who applauded Netanyahu’s appalling flip-flop on the Western Wall compromise proposed by Jewish Agency Chairman Natan Sharansky have little understanding of the centrality of Reform and Conservative Judaism in American Jewish life. They also need to come to grips with the glaring contradiction in a viewpoint that embraces solidarity with American Jews, but which treats their approach to Judaism and their desire for their rabbis to be accorded respect as not worthy of their consideration. At the same time, it simply won’t work for Diaspora Jews to pretend as if those movements aren’t viewed as primarily foreign imports with negligible followings that have little meaning to most Israelis.

Nor can it be ignored that the way the response from many left-wing Jews to issues such as violence along the border with Gaza, opposition to the Iran nuclear deal and the moving of the U.S. embassy from Tel Aviv to Jerusalem—all of which represented a strong favorable consensus of Israeli opinion—influences Israelis. Americans who demonstrate so little understanding of Israel that mourning dead Hamas terrorists or  resisting U.S. President Donald Trump supersedes defending Israeli rights and security cannot be surprised when Israelis tell them to keep their opinions to themselves.

The response to this split shouldn’t be a growing chorus of recriminations from both sides. If the dialogue can be conducted with less delegitimization and more respect, it may be possible for everyone to realize that more conflict is in no one’s interest. What is needed is for Jews inside and outside Israel to be reminded that they are part of a family that depends on each other—and not members of hostile tribes. 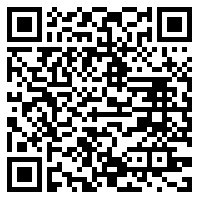