Labor Party officials pushed back Sunday against a proposal by faction member MK Eitan Cabel to “sober up” and abandon the failed 1990s-era “land for peace” negotiations formula with the Arabs in Judea and Samaria, in favor of a more realistic approach that will preserve Israel’s ability to negotiate effectively if the political situation between Israel and the PA (or its replacement) makes talks possible in future.

Party Chairman Avi Gabbay rejected Cabel’s missive, published on Friday in the weekend edition of the Haaretz newspaper, with Gabbay saying that “Cabel’s views are not acceptable to the party.”


Cabel was undeterred by the criticism, however, telling the Israel Broadcast Corporation (Kan) on Sunday that leaders of the Israeli left would be wise to “wake up” and recognize the fact that the Oslo process “failed” to create a European-style peace in the Middle East, with open borders, trade and tourism.

“The Oslo political paradigm also included a mistaken military perception that terrorist organizations could be restrained by the security apparatus. It took a little more than a decade for the terror organizations in Gaza, led by Hamas, to rout the security forces of Arafat and Dahlan,” Cabel wrote, before adding a five-pronged proposal to replace the outdated model.

The five points are: defining the settlement blocs, which should include Gush Etzion, Ma’aleh Adumim, Karnei Shomron, Ariel and the Jordan Valley, applying Israeli law in those areas, preparation of a detailed master plan to guide development in blocs in the coming years and declaring a total building freeze for Israeli communities outside the blocs — and eventually the evacuation of the 100,000 Israelis outside those blocs.

Speaking to the Israel Broadcast Corporation (Kan) Sunday, Cabel rejected criticism that he had given up on ever achieving peace with the Arabs in Judea and Samaria, saying instead that the current proposal was designed in order to preserve the possibility that Israel could negotiate effectively at a future time in which the PA leadership wants to reach a peace agreement with Israel.

“This is not a peace proposal. It is a proposal to save (the possibility of achieving) peace,” Cabel said. “If we don’t do something now, for every 100 Palestinians there are (in Judea and Samaria) there will be 300 in 10 years.”

Cabel also reminded Labor Party leaders that the Left has lost seven of the past eight elections over the past 20 years and has ruled the country for just six years out of the past 40.

“In the past few decades, the responsibility has been primarily for the Right that leads the country, but we, too, have the responsibility for the Labor movement” he wrote. “Israel must wake up. We cannot wait for the Palestinian side because Abu Mazen has given up on the two-state idea. The only thing he is trying to do is to prevent the emergence of a weak Palestinian state alongside Israel.” 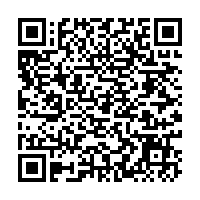