A shipment of one million Moderna vaccines to fight the coronavirus are expected to arrive in Israel next week, according to a report Thursday night by Israel’s Channel N12 News.

The vaccine was originally scheduled to arrive in the Jewish State sometime in March 2021; however, the shipment will now land at Ben Gurion International Airport as early as next week. In response to the report, the Ministry of Health said they are unaware if Moderna intends to send the shipment over early.


In view of the shortage in coronavirus vaccines that Israel expected to contend with sometime in the next week and a half, the unexpected news was welcome indeed.

The announcement means Israel will be able to continue to meet its target of vaccinating 150,000 Israelis each day, in addition to starting to administer the second dose to those who have already received their first dose of the Pfizer vaccine.

If all goes well and the Moderna vaccine arrives as announced, the new doses will begin to be administered to the next group of citizens in about two weeks’ time.

As of Thursday morning, nearly 800,000 Israelis (784,900) have been vaccinated against COVID-19 — about 8 percent of the population — placing the Jewish State at the top of the list of nations vaccinating their populations against the virus, in the number of citizens vaccinated per capita. 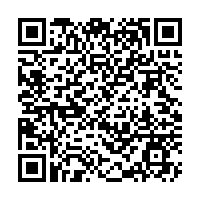