Sinai strikes are a reminder that Israel should never count on Arab states to guarantee its safety. It’s the other way around.


We’re not hearing much anymore about President Donald Trump’s desire to broker the “ultimate deal” between Israel and the Palestinians. But though the peace process is currently in the deep freeze, the concept that animated Trump’s approach lives on. The idea was called “outside-in,” and the conceit of it was that moderate Arab nations like Egypt, Jordan and Saudi Arabia would persuade the Palestinians to make peace, and then supply the money and muscle to make it stick. It had the virtue of being rooted in the hard truths of realpolitik, rather than utopian peace fantasies, and seemed to promise the kind of paradigm change that might actually make a difference.

But the notion that Arab states can be relied upon to safeguard Israel’s security in a theoretical peace deal is as much a pipe dream as Shimon Peres’ “New Middle East” vision of Israel and the Palestinians acting like Belgium and the Netherlands in the aftermath of Oslo. Far from the Arabs protecting Israel, the reality is that Israel protects them.

That’s the upshot of a report from this past weekend’s New York Times about Israel conducting a bombing campaign in the Sinai. The Egyptians are apparently not only cooperating with Israel in a battle against al Qaeda terrorists there, but have given their assent to Israeli air strikes against them on Egyptian territory.

This would have been unimaginable a few years ago. The peninsula was the crucible of four Arab-Israeli wars as Israeli forces repeatedly bested the Egyptians. After the Israel-Egyptian peace treaty that followed Anwar Sadat’s dramatic visit to Jerusalem in 1977, the Sinai was a source of concern to those who thought the “cold peace” might disappear altogether.

A satellite image of the Middle East that was captioned by NASA astronaut Chris Hadfield, “The Nile and the Sinai, to Israel and beyond. One sweeping glance of human history.” Credit: Julian Herzog/NASA via Wikimedia Commons.

But the aftermath of the Arab Spring protests that brought down Sadat’s successor, Hosni Mubarak, led to a change. The rise of the Muslim Brotherhood brought the most populous Arab nation to the brink; however, when a coup backed by a mass uprising brought the military back into power, they knew who they could count on. The current Egyptian government understood that the Obama administration, which had helped pushed Mubarak out, was not a reliable friend. Israel was its main ally in the struggle against Islamist terror and the Muslim Brotherhood.

That led to a joint effort to isolate Gaza, which is governed by Hamas, an offshoot of the Brotherhood. And when the Egyptians lost effective control of the Sinai where al Qaeda terrorists operate, cooperation with Israel became even more important.

Despite the size of Egypt’s military and the fact that it has, as part of the deal that led to the peace treaty with Israel, been given $1.5 billion in U.S. aid every year, it needs Israel if it’s to maintain control of the Sinai. As the Times reports, for more than two years, Israel has conducted weekly strikes on the area via drones, helicopters and jets. All of them were apparently carried out with the direct approval of Egyptian President Abdel Fattah el-Sisi.

The same is true of the much vaunted under-the-table alliance between Israel and Saudi Arabia. The Saudis couldn’t persuade P.A. leader Mahmoud Abbas to engage in peace talks with the Israel and the United States. But they look to the Israelis as a strategic ally in their struggle with Iran, which is just as, if not more of, a threat to the desert kingdom and other Gulf emirates than it is to the Jewish state.

Given its pose as the guardian of Islam, the Saudis are unlikely to convert their closeted relationship with Israel into an open one. Nor will Egypt or Jordan, whose government is even more dependent on Israel for its survival, stop supporting anti-Israel resolutions at the United Nations as they try to appease the anti-Semitic sentiments of their populations. But that won’t stop them from looking to Israel to save them from their enemies.

With Iran now firmly established in Syria and Lebanon under the effective control of Tehran’s Hezbollah auxiliaries, the region is a tinderbox. Yet the ability of Israel and the Arab states to cooperate acts as a deterrent against a bad situation that’s growing worse, even though expectations that these alliances can positively impact the peace process with the Palestinians remain unfounded.

Former Secretary of State John Kerry proposed that Egypt and Jordan would guarantee Israel’s security as part of a peace deal in which it would be expected to give up the West Bank and part of Jerusalem. Others have mooted the same role for the Saudis. But if neither Egypt nor Jordan can guarantee their own security, how can they be expected to protect Israel against terrorism and the implicit threat that a terrorist state in the West Bank, like the one that currently exists in Gaza, would pose to its future?

Seen in that light, the “outside-in” strategy touted by the Trump foreign-policy team is, at least as far as the peace process is concerned, just as much of an intellectual snare as anything produced by the Obama administration. The cold hard reality is that as long as the Palestinians refuse to concede defeat in their century-old war against Zionism, all such clever strategies are a waste of time.

That makes Israel’s role as the defender of moderate Arabs—and America’s sole reliable and democratic ally in the region—even more important. What’s going on in the Sinai proves this surprising but irrefutable principle: While Israel can trust no one but itself to safeguard its security, its former Arab enemies can now trust no one but Israel to ensure their survival. 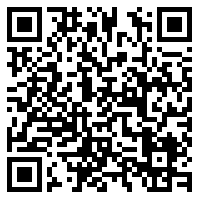