There was a time when defending religious freedom was at the top of the Jewish agenda. Jews understood that as a religious minority, our rights could only be defended when those of other religious faiths are also respected.

Though anti-Semitism is on the rise elsewhere, American Jews don’t worry anymore about their government seeking to restrict their rights to practice their religion. Nor should they. Arguments about reasonable accommodation for Jewish religious observances are no longer a matter of much dispute. The widespread acceptance of Jews, including those who are proud to practice their face in public, in every aspect of American society is an accomplished fact.

Such success shouldn’t cause us to stop caring about the principle of religious liberty. Yet that seems to be the case for many Jews, including some organizations like the Anti-Defamation League and the Religious Action Center for Reform Judaism, which are tasked with the job of defending our rights.

That’s the only way to interpret the dismay those groups expressed at the U.S. Supreme Court’s decision in the case of Masterpiece Cakeshop v. Colorado Civil Rights Commission that was handed down on Monday.

The high court affirmed that the Colorado commission was wrong to hold Jack Phillips, a conservative Christian baker, liable for refusing to create a special cake celebrating a gay wedding. A decisive 7-2 majority argued that the commission’s open contempt for the baker’s religious faith compromised its ability to rule fairly on the issue. While the narrow ruling was far short of a sweeping defense of religious expression that some conservatives hoped for, it still represented a reaffirmation of the applicability of the free exercise clause of the First Amendment’s protections of religious freedom. As such, it made clear that the constitution protects the rights of believers to express their faith in the public square rather than just the ability to worship freely in private.

Yet most Jewish groups were unhappy with the ruling because they perceived it as a slight to the rights of gay Americans.

As in any issue in which the rights of groups are weighed against each other, this is a complicated debate. As Justice Anthony Kennedy noted in the majority decision, the dignity of gays needs to be upheld, but the same applies to those whose religious faith causes them to oppose gay marriage.

At issue here was not the right of gays or any other group of people to equal service at a public accommodation like a bakery. The baker made clear he would sell his wares to anyone who wanted them, but to ask him to design and create a special cake for a ceremony that offends his religious principles violated his rights.

Many of us may think his beliefs are wrong or simply foolish. But the principle here is not abstract. As the court noted, the same Colorado commission that ruled against Phillips for his refusal to bake the wedding cake upheld the rights of gay bakers to refuse to create cakes with explicitly anti-gay messages.

Why then have liberal Jewish groups joined with those seeking to punish the baker, and drive him and others who have made similar stands not merely out of business, but out of the American public square?

Public opinion about gay rights has undergone a radical shift in the United States. A little more than over a decade ago, both Barack Obama and Hillary Clinton ran for president while affirming that marriage was only between a man and a woman. But within a few years, not only would their positions change but also a majority of the Supreme Court would rule (in a decision also written by Kennedy) that a right to gay marriage was the law of the land.

While issues like abortion still bitterly divide us, polls show that the majority of Americans seem to have little problem with this shift in the culture and the law. That is particularly true for Jews, who are overwhelmingly liberal in their politics.

Yet that doesn’t mean that those who disagree must be driven underground, particularly if their disagreement is rooted in their religious faith, which is explicitly protected by the constitution.

The problem here is that for all too many of us, a willingness to defend such rights seems to extend only to those who think or believe as we do. That Jews, who have far more contact and sympathy for their gay friends and neighbors than with Christian conservatives they’ve never met—and whose beliefs are somehow seen as threatening—is unsurprising. But rights are not supposed to be just for our friends and us. They must apply to everyone, or they’re meaningless.

If a Jewish baker refused to create a Nazi-themed cake or an African-American wouldn’t design one for the Ku Klux Klan, then we would regard any effort to compel them to do so as absurd and deeply wrong. While gays are not to be compared to those groups, the right of the Christian baker not to be dragooned into something that offended him is no less sacred and shouldn’t be characterized as a form of discrimination.

Yet so great is our disdain for this baker—and those who think like him—that Jewish groups that are supposed to care about religious freedom were willing not only to disregard Phillips’s rights, but also the open contempt for religious faith that permeated the proceeding that condemned him. The same goes for Justice Ruth Bader Ginsburg—the idol of liberal Jews—who cast one of the two dissenting votes.

Religious freedom for me but not for thee may feel right to those who wish to avoid any offense to a gay community, whose dignity and rights deserve to be defended. But it is not one that is consistent with the constitution or the long-term interest of Jews, who shouldn’t forget that the defense of their rights is still linked to those whose faith may be unpopular. 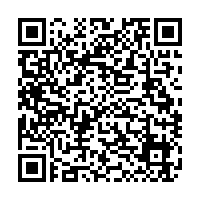