COVID-19 variant 501.V2, as it is named, is a “very significant problem,” British Health Secretary Matt Hancock told an interviewer on BBC Radio this past Monday.


“I’m incredibly worried about the South African variant . . . That’s why we took the action that we did to restrict all flights from South Africa,” Hancock said on the program, according to the New York Post.

Hancock told ITV, “We’ve got to keep an eagle eye on this one because it is even harder to deal with than the UK variant.

“My concern is that it seems even more easy to transmit than the new variant we’ve seen here.”

In fact, South African health officials noted that the new variant seemed to be driving the current second wave of the COVID-19 virus in the country.

Prof Tulio de Oliveira, director of KwaZulu-Natal Research Innovation and Sequencing Platform, or KRISP, at the University of KwaZulu-Natal, cited evidence of a “very rapid spread” of the new variant, and said it was a virus that “very quickly starts dominating the other lineages.” He noted that up to 90 percent of sequences were now dominated by it.

The South African 501.V2 variant carries a mutation in the spike protein called E484K, which is not present in the UK strain, said Francois Balloux, the director of the University College London Genetics Institute, pointing out the difference in a statement quoted by The Scientist.

“The E484K mutation has been shown to reduce antibody recognition,” he said, which may help the virus bypass immune protection provided by prior infection or vaccination.

However, Balloux added that the mutation is not sufficient for the variant to bypass the protection provided by vaccines.

South Africa is currently seeing a resurgence of the SARS-CoV-2 (COVID-19) virus with new cases and deaths rising rapidly, surpassing what the country experienced in its first surge in late July – much of which is due to the high contagion of the 501.V2 variant.

In the final week of December 2020, two people who had traveled from South Africa to the UK were infected with the South African variant, 501.V2.

The South African variant also made an appearance on December 31 in France, where a passenger returning from South Africa was diagnosed with the infection.

This month, on January 2, an individual infected with South African variant 501.V2 was diagnosed for the first time in South Korea as well. It is not yet clear, however, how the virus managed to make the jump to the southeast Asian continent. 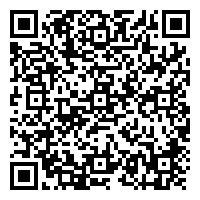