At least four cases of the variant strain of COVID-19 have been identified in the Jewish State, according to Israel’s Health Ministry.

Three of the infected patients have recently returned from Britain and are currently under quarantine in government-operated “coronavirus hotels.” The ministry is carrying out contract tracing at present with the fourth individual to determine the source of the infection.


“It is clear that we took the right steps when we closed the skies from Britain and the rest of the world,” Prime Minister Benjamin Netanyahu said in response to the announcement.

“Nevertheless, at the moment we need to assume that the virus is spreading here,” he said.

“The good news is that the assessments of the companies that are supplying us with vaccines are that there is a high – but not absolute – likelihood that these vaccines will deal with the mutation as well. We will know this in a few days; we have no guarantee that this will be the case. We need to wait in order to know this.

“This strengthens what we are discussing here at the moment, to move forward very quickly with our vaccines operation which, at the moment is among the fastest in the world relative to the population, and at the same time limit the spread of the disease, both of the previous virus and the mutation.

“These two things need to be done in tandem: A very rapid vaccines operation and restrictions. If we do this, we will be the first country in the world to emerge from the pandemic. It is possible. We can do this if we do it together.”

UK Researchers Worry About Children
The new variant, referred to as B.1.1.7 or VUI-202012/01, has appeared with at least 17 mutations, according to one genetic analysis quoted by the medical news site Stat News.

Multiple research teams in Britain have concluded that B.1.1.7 is spreading more efficiently than other strains of the virus, based on epidemiological and genetic analyses, according to the report.

Researchers reported earlier this week that a separate variant discovered in South Africa that shares at least one mutation with the UK variant — N501Y — also has higher transmission rates.

Another concern is that epidemiologists in the UK are finding more infections among children are being caused by the B.1.1.7 variant, compared to other COVID-19 strains.

“If the virus is having an easier time of binding and entering cells, then that would put children on a more level playing field,” the head of infectious diseases at Imperial College London, Wendy Barclay, said at a briefing Monday. “It sort of overcomes one of those barriers that the virus was meeting before.” 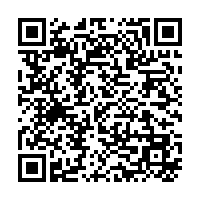