I was newly married and a new olah.

Well, not exactly, because I already had a baby and had been living in Jerusalem for several years. But I felt as if married life-the awesome responsibility for my baby, cooking, cleaning, finishing a degree, teaching, neighbors, guests- was all still new to me. New, and somewhat overwhelming.


Technically, I knew how to perform these tasks, more or less, and did them with joy. I would sing Yiddish lullabies to my baby to drown out his kvetching. As the tape recorder played Miami Boys Choir latest, I would drown the ant invasion on my kitchen floor and dance them down into the black hole with my sponga stick. Sometimes, however, the end of the week was trying. Perhaps because I left every chore that could possibly be postponed during the week to Friday.

In retrospect, I know that I was terribly disorganized. Did I expect angels from heaven to descend into my small apartment to polish the windows, take out some garbage, and run over to Mahane Yehuda while caring for my firstborn? Only when Shabbos finally arrived and the food was cooked, table set, baby sleeping peacefully, did those angels remember to come and wish us a gut Shabbos.

In the absence of the angels, my plan was to get an early night and begin the marathon at the crack of dawn. My husband could watch the baby for an hour as he ate breakfast. The fridge was nearly empty, as was my bank account, but I had managed to put aside one hundred lirot to buy what we needed for Shabbos and for our four guests. (The lira was the Israeli currency until 1980.) In those days, we slept on Sochnut beds (4 legs, wooden plank, and thin mattress distributed by the government to olim) and had no couch or curtains. But we had a dining room table with six chairs, Czech crystal goblets, English bone china, and four hungry Mirrer bochurim to join in our Shabbos meals.

Just as I was preparing my shopping list in the kitchen, there was a knock on the door. I didn’t want to answer in a dirty apron, so my husband put down his seforim to open the door as I shut the kitchen door. Ten minutes later my husband burst into the kitchen.

I handed him some coins.

“That’s not enough. This unfortunate man said that he urgently needs 100 lirot tonight”

I removed the neatly folded bill from my wallet and showed him the bill.

“But I need it for tomorrow morning. To shop for Shabbos,” I feebly protested as he captured the money with delight.

“Reb Yid needs the money much more than we do. We’ll manage, b’ezras HaSHem.”

I peeked into the dining room as the elderly Yerushalmi bestowed a bracha and a kiss on my husband’s forehead. My husband had a euphoric look on his face, the same kind of look he has when he is making Kiddush, and when he is blessing our baby on Friday night. The look didn’t last too long after he came into the kitchen and saw the frustrated look on my face. I lashed out.

“You felt sorry for him, but what am I supposed to do now? That was the money I put away for Shabbos. I was so careful not to spend it all week. The cupboard is bare and so is my wallet. How in the world do you expect me to make Shabbos for us and your four friends? I can’t write any more checks, they’ll bounce.” I continued my tirade until I ran out of breath.

“Honey, we’ll manage. Don’t worry, we don’t need a million dollars, only 100 lirot. That isn’t too much for Hashem to arrange for us. Go to bed now and tomorrow morning everything will work out just fine b’ezras Hashem.” My husband’s soothing words began to work their magic and I began to calm down. The elderly man surely needed the money more than we did, I reasoned. And what about gam zu l’tovah? If Hashem sent this man to take my last 100 lirot there must be a good reason. Is Hashem testing my professed love of chessed? Is he testing my faith in Him? Is He testing my trust in my husband?

Just then the baby woke up and there was another knock on the door. Who knocks at the door at 10:30 at night? But the knocking persisted.

“Don’t open!” I begged my husband. “We don’t have any more money to give.” I ran into the bedroom to pick up the wailing baby and my husband strode confidently to the front door. This time I peeked out to see who our late-night guest was. He was neither a Yerushalmi nor was he old. He looked like a middle-aged successful businessman, albeit he sported a ponytail. Although I didn’t recognize him, my husband did. I couldn’t overhear their conversation although I tried. Just as I finished nursing the baby, I heard the front door close. The mysterious man disappeared.

My husband sat at the table with his open seforim, but just gazed past them. While attempting to digest the most recent event of this leil shishi, he proceeded to recount for my benefit the course of events that led to the meeting that had just transpired. The mysterious man was in fact a property developer. Last year he had been negotiating a deal with one of my husband’s friends and my husband was involved. The deal fell through and the developer was not only disappointed, but in desperate need of cash for his project. My husband was impressed both with this man’s professionalism and his integrity, and tried to help him out by introducing him to a Belgian investor he knew. Months later, he heard that the deal went through.

The developer appeared at our door that night with an apology and told my husband that for several weeks had been troubled by the thought that he owed someone money. He perused his accounts and racked his brain, but could not remember to whom he felt indebted. That Thursday night, when it dawned upon him that it was my husband to whom he owed some token of appreciation for his help, he came over immediately to make amends.

The angels had come to our rescue.

Inside the envelope he handed my husband were exactly two hundred lirot. 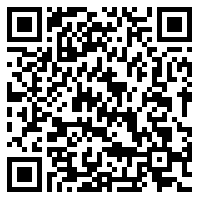