Pesach 2012: I was enjoying a wonderful KMR holiday program in San Diego. I was scheduled to speak at the beginning of Yom Tov and during the concluding days. The first days, Baruch Hashem, were wonderful, but the last days gave me a jolt I never anticipated.

On the final day of Chol HaMoed, in the middle of the night, I fell – and it was not a simple fall. In all my years I don’t think I ever experienced such excruciating pain. My screams woke many guests. My daughter, whose room was nearby, came running with my son-in-law. I couldn’t move, not to the right or to the left.

Quickly the medics arrived and they called for an ambulance. As I was lifted onto a stretcher my agony became even more unbearable. My daughter requested that the ambulance driver take me to the best hospital and, Baruch Hashem, we were not disappointed. I was blessed to receive the finest medical care and to encounter the kindest and most compassionate staff of nurses and physicians at Scripps Memorial Hospital Encinitas, led by an amazing CEO, Carl Etter.

As I learned firsthand, Scripps Memorial Hospital Encinitas is one of the finest medical centers in the country. The orthopedic surgeon, Dr. Christopher Hajnik, operated with dispatch. Time was of the essence – the evening would usher in Yom Tov.

All the while I knew I had to give honor to Hashem – something my saintly parents – HaRav HaGaon HaTzaddik Avrohom, zt”l, and Rebbetzin Miriam Jungreis, a”h – taught me and that I try to do on all occasions. I spoke words of Torah and I discovered listening ears, minds, and hearts. This was evident among the nurses and physicians – and CEO Etter as well.

Prior to being wheeled into the operating room I blessed Dr. Hajnik and prayed that Hashem would guide his hands. I was so grateful to see his reaction. His eyes reflected faith rather than cynicism.

This same faith was seen everywhere. I shared words of wisdom from our Torah with this genuinely warm group of people. Soon I discovered that the calling card of
Carl Etter is his humility. He spoke of his genuine faith in G-d. He expressed this by referring to teachings from the Bible. He told me of his admiration for the wisdom of the Jewish people.

Then I met the physical therapist assigned to help me. He was humming a tune, and the lyrics made me pause: “G-d brought forth the people of Israel on wings of eagles…” What an amazing song to hear in San Diego at Scripps Memorial from my physical therapist. Of course, we Jews – Am Yisrael – should be singing about wings of eagles –wings that will carry Elijah the Prophet as he announces the coming of Mashiach, soon in our day.

With the exception of the joyous experiences of giving birth, G-d had never tried me with the test of being confined to a hospital bed. I was dependent on nurses’ kindness. I who had to ring the bell and summon someone for help with the most elementary things, such as getting off the bed and even just sitting up.

Every moment was a challenge. I wondered how I would have the strength to get through it and then I remembered the berachah my father gave me so many years ago: “May G-d grant you the privilege of always being able to give and never having to ask.” And now here I was, having to ask assistance for the most basic human needs.

The Patriarch Yosef found himself enveloped in darkness, and what kept him going was d’yukno shel aviv – the image of his father. In my own darkness, I, too, clung to the image of my father. I recalled the months when he was a prisoner of his hospital bed. He would greet whoever came to see him – nurse, doctor, housekeeper – with a smile and would thank them profusely. He asked about their welfare and blessed them from his heart.

Now it was my turn to bless all those who came to my door – whether it was to inquire about my condition or to give me an injection or to take me for an X-ray. I thanked them from my heart and blessed each one of them with the words that from time immemorial have been the symbols of our people.

My father imparted this wisdom to me that he learned from his father, who had learned it from his father, going all the way back to our Patriarchs whose mission it was to give blessings to all mankind.

I do not think any of the staff members at Scripps Memorial Hospital in San Diego had ever met an observant Jew. My father’s voice whispered to me, “Wherever you are and whatever you do, never forget you represent the Torah. The way people will see you and judge you is how they will see and judge our people.”

So on every occasion and with every encounter I spoke to people of our Torah and the wisdom of our people that was granted us at Sinai. And soon we had Torah classes – discussions and explanations. Teaching became part of my daily life at Scripps Memorial and suddenly the days were not so heavy. The hours went by quickly. I smiled for the sake of others and smiles came right back to me.

Hashem should grant that you never find yourself in a hospital or any other difficult circumstance. But if, G-d forbid, your destiny decrees that you have to pass this test, then rise to the challenge. Put a smile on your face and share your Torah wisdom. Remember the passage that is written so clearly and yet is so easily forgotten: “For this is your knowledge and your wisdom in the sight of the nations.” 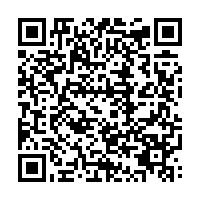