I am so upset I just don’t know what to do.  My husband and I are parents to five great kids, or so I thought, until I came upon my thirteen-year-old twin boys looking at pornography on the computer they received for their bar mitzvahs.  My husband and I decided long before we started our family that we wanted a home without TV’s or electrical gadgets that would infringe on family togetherness. We tried so hard to instill good values and middos in all our children by example and through our family values, and now this!  I wish my parents would have consulted with us before gifting the boys with something we don’t approve of, but in all honesty, our sons asked for a laptop computer to help them with their schoolwork and we said “Maybe.” Not hearing a “No” reply, they automatically assumed it meant “Yes” and went straight to their grandparents, who would give them the sun, the moon and the stars if they asked for it.

Two weeks ago, just five weeks after their bar mitzvahs, I noticed that they had been in their room an extremely long time doing book reports, something I had to push them to do in the past.  I chose to trust them and didn’t go upstairs to check on them, however, later when they went to Mincha I went into their room to get their laundry and almost had a heart attack.  Their “book report” was left open on the screen and it was disgusting what they were looking at.  I took their dirty laundry and left the room, fighting to keep my disappointment and tears under control and questioning whether to tell my husband.  I decided not to tell him as it would have broken his heart to hear what his beloved sons were doing behind our backs.  They had begged us to allow them to keep the computer and promised that they would use it expressly for homework and study and we had conceded.

When they returned from shul and I was certain that my husband was in his office doing work, I went into the boys room without knocking.  They almost fell over themselves trying to erase the screen and knocking the computer off the desk.  The screen still displayed the site they were on and what they had been doing.  I began by telling them how terribly disappointed I was that I could no longer trust them. I also told them that I would be taking the computer away and they would be doing homework the old-fashioned way.

Before I left I told them that their father was still under the impression that they were trustworthy and honest, so I expected them to re-earn that status with me.  They pleaded and cried that they were sorry and that they would never break their word to me again if only I would give them another chance and leave the computer.  They complained that they were the only ones in their respective classes who didn’t have a computer. I said, “Now you know why,” and walked out of the room carrying the evil thing and thinking it was over.

Last Sunday, Superbowl Sunday, the boys were invited to watch the game at a classmate’s home.  My husband and the other fathers were invited as well, so I felt safe in letting them go.  It seemed that the adults watched the game in the family room and the kids went down to the basement.  After the game ended, my husband stayed awhile to chat with some of the other men and about twenty minutes later he went downstairs to get the boys.  He was horrified to find them crowded around one boy’s cell phone, looking a dirty pictures.  The kids were so engrossed in what they were seeing they didn’t hear their fathers come down to get them.  Before the boy with the cell phone could shut it, my husband was able to catch what had gone on and was very upset.  He pulled our sons away to get their coats, and one of the other dads asked him what he was so upset about.  My husband told him what the boys had been doing and the other dad laughed and said they were just curious and it was nothing to get so worked up over.

When they got home, I could see that something was wrong and asked my husband what happened.  He told me how he had found the boys and what the other father had said.  I was shocked that after losing their computer for the same reason and their promises to reinstate their trust with me, they went and did this.  Now they had lost both of our trusts. Needless to say, they were grounded.

My husband and I had a long talk that night, questioning whether we were handling this the right way, yet, not seeing any other way. We never had these problems with our older girls and this was a new testing ground for us.  It is important for me to know if what we did was correct, as we have not really discussed this with anyone else.

Ahh teen-agers!  If they don’t kill us it’s because somewhere deep down in the bottom of our memory banks, we vaguely remember what it was like to be them.  I don’t mean to make light of what your sons did, but there are a few things that require understanding rather than blame.

First, allow me to state my admiration for the lifestyle you have chosen for your family.  It is wonderful to have a home where children talk to one another during dinner, without the draw of TV shows or game gadgets to fight over and alienate them.  Brothers and sisters who play board games with one another, who read books and converse with each other and who are mentally sane and well adjusted without today’s ever-intruding, divisive electronic smorgasbord of games and appliances is, by most accounts, a rarity.   Kol Hakavod!

However, you didn’t take into account peer pressure, awakening curiosity and an abundance of accessibility to the world of electronics outside your control that tempts young, over-active minds.  Sadly, as little or as much as they may try, yeshivas and schools cannot police the spare time or extra curricular activities of their students. Parenting teens is tantamount to battling an army of dragons on a daily basis with nothing more than a slingshot.  Some parents are up to the task and others break under pressure and give in.  As parents, we are not awarded a medal for a job well done, we earn every grey hair and wrinkle as a testimonial that we survived the ordeal.  Wear them proudly.

Don’t blame your parents for being hoodwinked into believing that you approved the gifted computer, although they should have checked with you before buying it.  But grandparents are such a blindly trusting and loving lot, it’s not hard to believe that Bubby and Zaydie would have gift-wrapped a kidney and liver had they been asked.  The job of supervising, disciplining, teaching and being supportive belongs to parents.  But we live in turbulent times and, more often than not, it really does take a village to raise children successfully.  Have a sit-down with the grandparents and inform them that they should consult with you on gifting without ratting on their perfectly perfect little angels.  We just want to enlighten them and not, challila, cause them to go into cardiac arrest. 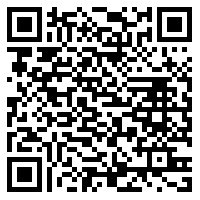