Tishrei and Nissan are the most sacred months of the year. The Maharal explains that just as a body contains organs – the head and the heart – whose importance outweighs that of all the rest, the Jewish calendar contains months whose importance rises above that of all the others. Nissan is the “head” of the months; Tishrei the “heart.” The head is the storehouse of thought; the heart, the fountain of life. The word “Nissan” can be understood in Hebrew as “our miracles.” Because of its unique holiness, Nissan is a perfect time for overt miracles.


Our Sages teach us: “In the merit of righteous women, our forefathers were redeemed from Egypt, and the final redemption will come about in the merit of righteous women as well.” Women have been given a gift by G-d; they possess an inner strength to hold on, believe, and encourage others to never give up. Women had the courage to have babies in Egypt, in the Holocaust, and in other situations where all hope seemed lost. The woman’s heart and mind is always focused on how to continue despite any and all difficulties. And this is what has kept our wonderful nation alive. And in that merit all of Israel will be redeemed once more.

After 210 years in Egypt, and 116 years of slavery, the Israelites had lost the power of their voice, the ownership of their time, their very dignity and selves. They were slaves, their fathers were slaves, and their grandfathers were slaves. Did all those broken and hurt people expect the last words of Yosef – “And G-d will surely redeem you from here,” which he uttered on his deathbed – to come true?

The chances were slim, the hope was remote, and the pain was enormous. And yet, the redemption did arrive in Nissan.

In every generation, evil forces rise up to destroy the Jews. As the Passover Haggadah states: “And not one alone arises to destroy us; rather in each and every generation they rise up against us.” From Pharaoh to Haman, from Haman to the Spanish Inquisition, from the Spanish Inquisition to the Cossacks, from the Cossacks to the wicked accursed Nazis, and from the Nazis to our present-day enemies all over the globe (may G-d protect us).

And yet, despite all the odds, despite the natural way of the world, despite our enemy’s attempts to bathe in our blood in each and every generation, we are still here! Is there any greater miracle than this?

Rav Soloveitchik, zt”l, teaches, “Genuine redemption always comes suddenly and unexpectedly, at a time when people are ready to give up hope. Sometimes historical situations keep getting worse; people pray and cry, begging for mercy – but there is no answer to their prayer, only silence. At that moment, when the crises reaches its maximum and threatens the very existence of the community, when people begin to give up, the redemption suddenly comes and takes them out of the land of affliction. It comes in the middle of the night and knocks on the door when no one expects it, when everybody is skeptical about it, when everybody laughs at them.”

As we enter the month of Nissan, the month of miracles, as we prepare for the holiday of Pesach, the holiday of redemption, as we embark on our journey to once again leave Egypt this year, let us not forget the miracle of miracles: Despite all odds, our nation is still very much here. And just when no one expects it, when everybody is skeptical about it, when everybody laughs off the possibility of redemption, just then the redemption will come.

May we merit the ultimate, final and everlasting redemption, immediately. Amen. 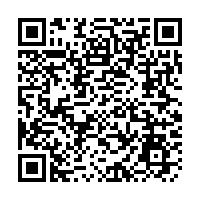