Palestinian Authority soldier-slapper Ahed Tamimi and her mother Nariman Tamimi were both convicted in the military court in Judea on Wednesday (March 21, 2018), with each sentenced to a prison term of eight months, plus a suspended sentence and a fine.

As part of a plea bargain, Tamimi, already a video star of anti-Israel incitement social media clips, admitted to four counts of assault, out of 12. She was convicted of assaults against an IDF officer and soldier on December 15, 2017 and in two other incidents in which she became involved in an altercation against a soldier, and in which she was involved in direct incitement to violence against IDF soldiers.

Her mother was convicted of incitement, assaulting a soldier and aiding in an attack against a soldier. Nariman Tamimi was fined NIS 6,000.

Ahed’s cousin Nour Tamimi was convicted of assaulting a soldier and was sentenced to 16 days in prison, in addition to having received a suspended sentence and a fine of NIS 2,000.

The charges and convictions were sparked by the women’s videotaped attack on IDF soldiers in front of the Tamimi home in the Palestinian Authority-controlled section of Samaria, at the village of Nabi Saleh.

“The defense establishment and the IDF will continue to act to maintain security and public order in Judea and Samaria, and to enforce the law against those who harm IDF soldiers and incite violence,” the IDF said in a statement. 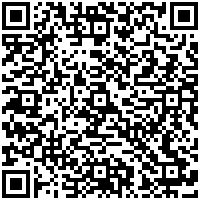