For centuries, non-Protestant Christians have been unable to agree on how to run their number one holy site, the Church of the Holy Sepulchre in Jerusalem – but this past week, for a few days, they agreed on how to close it.

Only the following goal succeeded in uniting them: opposition to Israeli initiatives to confiscate properties they have sold and charge them taxes on the hotels they own in Jerusalem. They thus demonstratively and vociferously closed their holiest site in protest of what they said were Israel’s “anti-Christian” policies.


Within a few days Israel backed down, set up a committee to “devise solutions,” and the church was re-opened.

What exactly was/is the issue? Christian churches, particularly the Greek Orthodox Church, own an unknown but very large amount of acreage in Yerushalayim. Their holdings include the land on which were built the prime minister’s and the president’s official residences, the Knesset, and parts of Jerusalem’s wealthiest neighborhoods, as well as locations in the Old City and more.

Prohibited by religious law to sell these real estate assets, the churches began leasing many of them several decades ago. Their main customer was the Jewish National Fund (JNF), which was happy to pay a sizeable sum in exchange for the Jewish population’s right to use the land for 100 years.

As time went inexorably on, however, those 100 years began to be not as unimaginably distant as they once seemed. Not only that, it is not even just the JNF that the private homeowners have to worry about. This is because the Greek Orthodox Church found, in the meantime, another way to circumvent its own rules against selling the land. In 2011, it sold the future leasing rights on most of its Jerusalem holdings to a private group of Jewish investors.

Thus, many private homeowners on Church-owned lands are now living in uncertainty, to say the least, regarding the future of their homes. For what will the new lease-owners do as the deadline year of 2051 approaches? Will they renew the lease on the properties for another 100 years at affordable prices? Or will they simply evict the subletters while they mull their options in their search for maximum profits?

In short, the homeowners have no guarantee that they will be allowed to live there when their lease runs out, and, in parallel, have slim resale options.

While these questions may be intriguing for readers, for the residents and home “owners” they are close to a nightmare. The worth of their most valuable asset is now in the hands of a group of largely (though not totally) unknown investors, whose intentions are unclear.

This situation is one of the reasons why Israel began to take action. MK Rachel Azaria, of the Kulanu party headed by Finance Minister Moshe Kachlon, has submitted legislation to try to deal with the problem. Her proposed bill states that all rights to lands whose leasing rights were sold by the Church are to be confiscated by the state, which will then compensate the buyers for their loss.

The bill, supported by MKs from both left and right, was to have been considered just before Purim by the Ministerial Committee for Legislation. However, because of the brouhaha raised by the churches, the discussion was postponed – and instead, as mentioned, a committee has been formed to discuss the issues and find solutions. It will be interesting to see whether the solutions will be found before, or after, the 100-year lease expires.

Israeli bodies have another problem with the churches as well: Mayor Nir Barkat announced his intention to begin collecting taxes from church-owned properties that are not used for religious purposes, such as hotels and wedding halls. Until the debts are paid, Barkat said he demands the confiscation of Church bank accounts.

However, the closure of the Church of the Holy Sepulchre neutralized this demand as well, and the above-mentioned committee is tasked with finding a solution for this too.

The churches claimed, with no small measure of demagoguery, that these are “attempts to weaken the Christian presence in Jerusalem.” They further accuse MK Azariah of promoting a bill that specifically and discriminatorily targets the Christian churches.

Unfazed, Azariah explained that he bill is meant only “to protect people who own homes on leased lands sold by the churches since 2010.” The residents don’t know who the buyers – their new landlords – are, and are therefore “exposed to eviction or significantly higher land leases.”

To be clear: The bill does not in any way effect the Church’s ownership of the lands, but only the leasing rights that they sold.

Mayor Barkat, for his part, explained that “The Church of the Holy Sepulchre and other churches will continue to be exempt from municipal taxes. But is it logical that commercial enterprises such as hotels and businesses should be exempt simply because they are owned by churches? Why should the Mamilla Hotel pay the arnona tax, while the Notre Dame Hotel a block away is exempt?”

“Unfortunately,” Barkat continued, “for too many years the state did not allow the city to collect these debts on commercial areas – which now stand at 650 million shekels. I will not allow the residents of Jerusalem to continue to subsidize these tremendous sums.”

In any event, it appears, most unfortunately, that these critical issues will now be set aside for the coming unspecified amount of time while the new committee looks into them, considers solutions, contemplates the ramifications, and prepares reports.

Thus, the fight to keep Jerusalem Jewish and united under Israeli sovereignty is waged on yet another front. For more information on these efforts, or to sign up for eye-opening geo-political bus tours of Jerusalem, send an email to info@keepjerusalem.org.

Leading A Nation Of Individuals 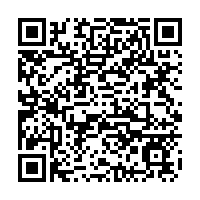