The Republican Jewish Coalition on Wednesday demanded that the seven Democratic members of Congress who have been reported to have had ties to Louis Farrakhan.

Farrakhan gave a speech in Chicago last week saying that “the powerful Jews are my enemy,” warning Jews: “your time is up, your world is through.” He then gave a shout-out to Tamika Mallory who was in attendance (she is the national co-chair for the Women’s March, and an advocate for the Black Lives Matter movement).

Instead of disassociating herself from the despicable old anti-Semite, Mallory kept mum for days, until, finally, on Tuesday, Women’s March released a statement suggesting Farrakhan’s views are “not aligned with the Women’s March Unity Principles, which were created by women of color leaders and are grounded in Kingian nonviolence,” which is a long way from clearly denouncing his anti-Semitism.

RJC Executive Director Matt Brooks then issued a statement saying “seven long-serving Democrats have close ties with Louis Farrakhan. Each of them should resign.”

First, it should be noted that if a House of Representatives of 438 members only harbors seven Farrakhan anti-Semites – that’s not too shabby. It leaves 431 who aren’t. Now to the list:

According to Brooks, the list includes “former Nation of Islam employee,” Congressman Keith Ellison (D-Min), currently Deputy Chair of the DNC. The RJC accuses Ellison, who is a Muslim, of several meetings with Farrakhan, which, admittedly, should be disturbing to any Democrat, especially Jewish Democrats.

Brooks then lumps together with the congressman from Minnesota an additional six (“at least six,” he writes) well-known African-American Democrats: Maxine Waters (D-Ca), Barbara Lee (D-Ca), Danny K. Davis (D-Illinois), André Carson (D-Ind), Gregory Meeks (D-NY), and Al Green (D-Tx), who “have all, while in office, sat down with Farrakhan for personal meetings.”

The problem is that, regardless of these lawmakers’ meetings with Farrakhan, which they obviously have had, some of these Democrats are also friends of Israel and have been regular speakers at AIPAC conferences and other pro-Israel events. Their Jewish voters and their Jewish colleagues in the Democratic party are entitled to an explanation about those Farrakhan meetings, but in politics, meeting a man, disturbing and loathsome as he may be, is not the same as endorsing his views.

Pro-Israel Democrats have had enough trouble finding allies within the Black Caucus in Congress to face the Palestinian and BDS threats, to name just two, to give up on Congressman Al Green, who in 2010 praised Israel for being the first country to rush aid to Haiti; Gregory Meeks, who issues regular proclamations celebrating Israel’s Independence Day; and Barbara Lee, who risked losing her Bay Area district by standing up to the BDS movement.

By lumping together African-American Democrats who are outright anti-Israel with those who are openly pro-Israel and those who are J Street-Style pro-Israel, the RJC obviously aims to move Jewish votes over to the GOP, which is legitimate, but they are also likely helping to destroy important ties between the Jewish and African-American communities, which is needless and irresponsible.

“There can be no question about how abhorrent it is for these Democrats to be connected to Louis Farrakhan. Farrakhan is first and foremost a preacher of hate. He preaches about Jewish ‘control’ over the government and media and has claimed to have ‘pulled a cover off of that Satanic Jew,’ saying ‘your time is up, your world is through.’ And those were just the comments from last week,” Brooks writes, and he is absolutely right.

He is also absolutely right when he suggests that “Farrakhan is the moral equivalent of a leader of the KKK.” But when he continues that “if it was discovered that members of Congress had met with the leader of the KKK, they would need to resign,” he is ignoring how politics works, not just in America but everywhere else. Politicians continue to meet with questionable and even despicable people, supporters of extremists of all shades and colors, and no one forces them to resign. And when Brooks stresses that “in this case, for meeting with, and embracing, Louis Farrakhan, nothing short of resignation is acceptable from these seven Democrats,” he is demanding the impossible.

They should be criticized, their voters and the rest of us should hold their feet to the fire, demanding an explanation. But if every Congress Member who ever sat down with a monster were to be forced to resign, there would be very few of them left to keep alive the do nothing Congress. 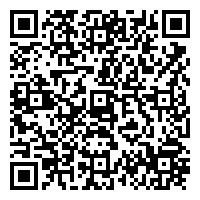