Organizations financed by billionaire George Soros, a champion of open border policies, have been leading the opposition here to Israel’s decision to enforce its law by seeking to deport illegal African migrant infiltrators.

Israel on Sunday announced it will begin issuing deportation notices to men without children who arrived illegally from Eritrea and Sudan largely seeking work.

The move is the first stage of an Israeli government plan to enact a Knesset-approved Infiltrator’s Bill, which allows the country to forcibly deport illegal infiltrators, with exceptions for children, the elderly, parents of dependent minors, those with refugee applications pending, and victims of slavery or human trafficking. From 2007 until 2012, when Israel started constructing a barrier along its border with Egypt, about 61,000 illegals were able to infiltrate Israel, with most being economic migrants originating from Africa.

The issue of Soros’s fingerprints on a campaign opposing Israel’s immigration policies came up following a report on Sunday that Prime Minister Benjamin Netanyahu blamed the billionaire for funding anti-deportation protests. In response, a spokesperson for Soros rejected Netanyahu’s “false claim” about the financier’s involvement in the issue.

While Soros himself may not have personally directly funded the protests, Soros-financed groups have indeed been leading the anti-deportation efforts.

The Soros-financed New Israel Fund (NIF), a radical, foreign-funded anti-Israel NGO, has taken a central role in organizing domestic and international opposition to Israel’s planned deportations. Hacked e-mails document that Soros’s Open Society Foundations provided the NIF with at least $837,500 from 2002 to 2015. Breitbart News found that NIF’s 2015 annual report lists the Tides Foundation as a donor. Tides is a far-left financing clearinghouse that itself is heavily funded by Soros’s Open Society nonprofit.

The Soros-backed NIF finances scores of far-left groups advocating against the deportations, including:

* The African Refugees Development Center, which says it acts “in order to protect, assist and empower African refugees and asylum seekers in Israel.” The group has been widely cited in news articles opposing the deportations and has been organizing against the policy.

* ASSAF: Aid Organization for Refugees and Asylum Seekers, which calls on supporters to “struggle against deportation!” The group has been promoting domestic and global demonstrations on the issue.

* The Eritrean Women’s Community Center, which has participated in anti-deportation demonstrations and says it “aims to provide Eritrean women with a safe space as well as access to important services.”

* The Hotline for Refugees and Migrants, which is “Israel’s leading organization protecting the rights of refugees, migrant workers and victims of human trafficking.” The group boasts that “for over 15 years Hotline staff and volunteers have been visiting Israel’s immigration detention centers to monitor conditions, meet with detainees and provide paralegal intervention and legal representation.”

Meanwhile, Human Rights Watch has demanded that Israel “abandon a new policy that could lead to the indefinite detention of thousands of Eritrean and Sudanese nationals for refusing to leave Israel for Rwanda or Uganda.” Human Rights Watch is the recipient of a $100 million challenge grant from Soros.

One glaring possible inconsistency centers on Comey’s June 8, 2017, prepared remarks for the Senate Select Committee on Intelligence, where he referred to the anti-Trump dossier as containing “salacious and unverified” material.

Yet, according to the memo crafted by House Republicans, Comey personally signed three FISA court applications utilizing that same dossier that he labeled “salacious and unverified” eight months later to obtain FISA court warrants to conduct surveillance on Carter Page, who briefly served as a volunteer foreign policy adviser to Trump’s 2016 campaign.

The memo documents that on October 21, 2016, the FBI and Justice Department sought and received the FISA order against Page, and that the agencies sought the renewal of the order every 90 days in accordance with court requirements. Renewals require separate finding of probable cause each time, the memo relates.

According to the memo, Comey signed three FISA applications in question on behalf of the FBI, and Deputy Director Andrew McCabe signed one. The memo relates the FBI utilized the anti-Trump dossier compiled by former British spy Christopher Steele as evidence against Page in order to obtain the FISA warrant.

However, according to the memo, the FBI and DOJ failed to inform the FISA court of the following:

* That Steele’s Dossier was reportedly funded by Hillary Clinton’s 2016 presidential campaign and the Democratic National Committee (DNC) via the Perkins Coie law firm. “Neither the initial application in October 2016, nor any of the renewals, disclose or reference the role of the DNC, Clinton campaign, or any party/campaign in funding Steele’s efforts, even though the political origins of the Steele dossier were then known to senior and FBI officials,” the memo states.

* That the initial application notes Steele worked for a “named U.S. person” but does not name the controversial firm Fusion GPS or its founder Glenn Simpson.

* That Steele reportedly met with Yahoo News at the direction of Fusion GPS. A Yahoo News article about an alleged trip by Page to Moscow was cited in the FISA warrant, according to the memo.

* That after dossier author Christopher Steele was terminated as an FBI source, a “source validation report conducted by an independent unit within FBI assessed Steele’s reporting as only minimally corroborated.” Still, Comey saw fit to brief Trump and Obama on the dossier contents. 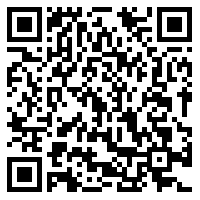