The 20th anniversary of the controversial invitation to Yasir Arafat to visit the United States Holocaust Memorial Museum passed recently without fanfare. In 1998, however, the story garnered major national media coverage. Walter Reich was the museum’s executive director at the time. In this interview, Reich, who today is the Yitzhak Rabin Memorial Professor of International Affairs, Ethics and Human Behavior at George Washington University, reflects on what happened.

Medoff: In early 1998, State Department official Aaron Miller proposed bringing Yasir Arafat to visit the U.S. Holocaust Memorial Museum. Did Miller ever ask you, as the executive director, what you thought of inviting Arafat?

Reich: No, Miller went directly to Miles Lerman, the chairman of the museum’s board, the Holocaust Council, who approved the invitation on his own. He then asked me what I thought of the “idea” of the invitation, as if he hadn’t already approved it.

How did you respond?

I told him that it was a bad idea – that the museum must be protected from the political or diplomatic use to which it was vulnerable as a Federal institution. Many Americans, especially in the Jewish community, distrusted Arafat’s intentions, as did Israelis. Such a visit would be orchestrated by the State Department and the White House to convince the American public, as well as Israelis, that Arafat could be trusted because he wanted to feel the pain of the Jews.

The museum, I said, mustn’t allow itself to become a prop for a politically motivated photo-op. Besides, I added, what if he were to emerge from the museum saying to the press, as he’d often said before, that the Israelis were doing to the Palestinians exactly what the Nazis had done to the Jews?

Is that what caused Lerman to change his mind?

Yes. He had Arafat disinvited – again without telling me. The Palestinians leaked the disinvitation to the press, which is how I learned that there had been an invitation in the first place. The leak set off a huge public controversy. Members of the museum’s board were angry that they hadn’t been consulted. Jewish groups that supported the Oslo process complained that the disinvitation was a slap in Arafat’s face. Other Jewish groups said Arafat should never have been invited in the first place. In response, Lerman changed his mind again. He went to the Willard Hotel, where Arafat was staying, apologized to him, and reinvited him. And Arafat accepted.

How did the other members of the museum’s board respond?

A meeting of the board’s executive committee was held. Its members supported the invitation and said I should escort Arafat through the museum and stand with him as he laid a wreath to honor the dead.

I refused. I told them the museum mustn’t be used as a political tool and I wouldn’t be part of that. I said it was a matter of conscience in a museum of conscience. I knew that such a refusal constituted an act of resignation. But I felt that the principle of protecting the museum – and, more importantly, the memory of the Holocaust dead – was more important than holding onto my job.

Did any American Jewish leaders take your side?

Elie Wiesel came to my defense in a powerful op-ed. He stressed my belief that the Holocaust must never be used politically and that to me the memory of the victims is sacred, as is the museum itself, and neither should ever be used as a tool. Others were strongly supportive in the press as well, such as the journalist Marvin Kalb, who called for the replacement of the council’s leadership. And editorials supported me, both in the Jewish and general press.

In the end, Arafat never showed up. What happened?

The night before he was supposed to visit, the Monica Lewinsky story broke. The reporters and photographers went to the White House to cover that historic news. There would be no photo-op at the Holocaust Museum. Arafat’s delegation called the museum to say that he wouldn’t be coming. So much for Arafat’s desire to be educated about the Holocaust.

Did any of the advocates of the visit ever acknowledge their mistake?

Several later told me that they’d been kept in the dark regarding the details of the incident and were misled about my motivations, having been told that I was against peace. Many years later, Aaron Miller of the State Department, who was also a council member and who had suggested the visit to Lerman, wrote an article in which he conceded that his idea of inviting Arafat was “one of the dumbest ideas in the annals of U.S foreign policy.”

Recently there has been criticism of the museum for issuing a report that essentially absolved the Obama administration of inaction regarding Syria. And some Darfur activists accused the museum of following Obama’s hands-off policy on Sudan. Is there an ongoing danger of the museum being politicized?

As a result of the Arafat scandal, a congressional committee commissioned a study of the museum’s management. It vindicated me by criticizing the behavior of the council’s chair for acting as if he was the museum’s chief executive officer and for his tendency toward unilateral action.

Much more importantly, it endorsed the principles that guided me in the Arafat affair. It noted that the museum, carrying the moral weight of the Holocaust, was vulnerable to political pressure from the executive and congressional branches of the U.S. government, and that the museum shouldn’t be used as a tool to achieve political purposes. One official or another, or one political partisan or another, inside or outside the museum, is bound, from time to time, to try to use the institution to further his or her aims.

My hope is that the lessons of the Arafat affair will not only help museum leaders avoid such pitfalls, but will also reduce the likelihood that government officials will try to use the museum to further their political or diplomatic ends.

The museum’s quick retraction of its recent study arguing that U.S. intervention in Syria wouldn’t have helped may have been a result, partly, of the fact that it had been burned by the attempt to use it for political purposes during the Arafat affair. Critics of the Syria study argued that its goal was to justify President Obama’s decision to not intervene in the Syria crisis; they noted that Obama had appointed members of his national security team to the museum’s council and that a former member of Obama’s National Security Council was the director of the unit that commissioned the study.

Whether or not the study was valid, even the appearance of political influence may have caused the museum leadership to quickly withdraw it, given the history of political scandal twenty years earlier, during the Arafat affair. Ultimately, the museum re-issued the study, trying to fix the problem by adding two chapters supporting the case for American military action.

If you had to do it over again, would you have acted differently?

Absolutely not. When I took the job I understood that some individuals’ personal needs and agendas, as well as the fact that the museum is a U.S. government agency, might lead to problems.

One day, early on, I came across a painting by Larry Rivers based on a photo taken by a German officer in Auschwitz. It was of a group of Jews near one of the gas chambers – they had been selected for death, but didn’t know it yet. The young children are looking, in bewilderment, at the camera’s lens. I hung that painting on the wall of my office, facing my desk, to constantly remind me why I was there. Protecting their memory was a privilege that I would do anything to defend. It was important then. It’s important now.

Looking back twenty years, I feel sorrow that the museum was challenged as it was, but glad that I responded as I did. And I feel fortunate, despite the personal cost. How many of us are given a chance to take a stand on a principle that has been central to our lives? 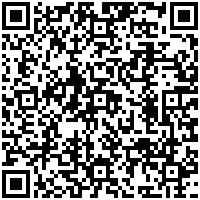