A new year is underway. Rabbi Dayan wishes all his readers a happy and healthy year, one of spiritual growth and material success.

Unnoticed to many is the transition from the second to third year of the shemittah cycle. Of what consequence is that?

“Fruits and vegetables are different in this regard,” Rabbi Dayan pointed out. “Vegetables picked during 5778 are obligated in ma’aser ani. However, only fruit that begin growing after Tu B’Shevat 5778 are liable in ma’aser ani, even if picked after next Rosh Hashanah.” (Y.D. 331:125-126)

“If I buy in a store in Israel, do I need to give ma’aser ani?” asked Yisroel.

“If the store has rabbinic supervision, terumos and maasros were already taken,” replied Rabbi Dayan. “The issue is for produce straight from the field.”

“I can see giving ma’aser ani on a commercial level,” said Yisroel. “However, how does this work on a small, home garden level? If I pick five tomatoes, I don’t see myself knocking on my poor neighbor’s door and saying: ‘I heard you’re struggling financially. Here’s half a tomato of ma’aser ani to help you along.’ ”

“I agree,” said Rabbi Dayan. “That would not be an appropriate thing to do.”

“Then how can I give the ma’aser ani?” asked Yisroel. “Must I give the produce itself or can I just give equivalent money to tzedakah instead?”

“There are three basic options to allow giving the equivalent to tzedakah,” replied Rabbi Dayan. “However, you must still declare the ma’aser ani, as printed in the text for separation of terumah & ma’aser.” (See Mishpetei Eretz, Terumos u’Maasros 17:5 ff.; Halichos Sadeh, vol. 185, pp. 5-15.)

“After the declaration, some allow simply giving the value of the ma’aser ani to tzedakah,” continued Rabbi Dayan. “Although the produce of ma’aser ani is never given in this manner, since the average poor person would certainly prefer money to a small quantity of produce, consent to exchange the produce for money is implicit.” (Radbaz 1:340)

“A preferred option is through zachon l’adam shelo b’fanav, acquisition on behalf of another person,” continued Rabbi Dayan. “Someone who is not a member of the household should pick up the produce of ma’aser ani and acquire it on behalf of the gabbai tzedakah or administrator of the tzedakah organization. In this way, the gabbai acquires the ma’aser ani and you fulfill the mitzvah of giving the ma’aser ani itself. Then, you can give the ma’aser equivalent to that tzedakah, as if buying the ma’aser produce back from them with their explicit or implicit consent.” (C.M. 243:1; 359:2; Shach 359:4; Machaneh Ephraim, Gezeila #5)

“The third option, especially useful for someone who tithes often, utilizes the concept of ‘makirei kehunah,’ ” concluded Rabbi Dayan. “The Gemara [Gittin 30a] teaches that if a person always gives his tithes to a certain kohen or levi, Chazal awarded it to him automatically, even without a formal act of kinyan. Many apply this also to a poor person or gabbai tzedakah. Thus, some organizations offer an arrangement whereby you give a small sum of money ahead of time as a loan, to be repaid from the ma’aser ani, and you commit to give all your ma’aser ani to them throughout the year. Each time you tithe, they virtually acquire the ma’aser ani automatically. You can then retain it as payment of the loan and deduct its estimated value from the remaining balance.” (Rambam Hil. Ma’aser 7:6; Rama Y.D. 257:5; Shach Y.D. 257:13) 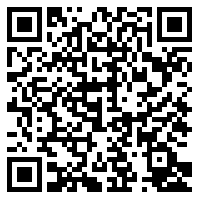