The North Korean regime of Kim Jong Un has raised the temperature again on Thursday in a fiery rant against U.S. President Donald Trump, calling him the “rabid man in the White House.”

Israeli military officials are watching events closely as usual, since Pyongyang maintains a tight military and economic alliance with Tehran.


In a statement released by the state-run Korean Central News Agency (KCNA), Pyongyang said, “The U.S. is running amok by introducing under our nose the targets we have set as primary ones. The U.S. should expect that it would face unimaginable strike at an unimaginable time.

“From the very day of the birth of the DPRK, its people have experienced sanctions and pressure, a war without gunfire. The US is different from the DPRK. Historically, it is the chieftain persistently threatening the DPRK.”

It added, “The rabid man in the White House … will first face the immense volley of nuclear fire if he hopes to settle [this] confrontation with nukes.”

North Korea has already warned the international community to avoid alliances with the United States, or they too would become targets of nuclear attacks by the DPRK.

The warning came in response to U.S.-South Korean military exercises off the Korean Peninsula. The American aircraft carrier USS Ronald Reagan is conducting joint drills with the South Korean navy. The 100,000-ton nuclear-powered vessel, carrying a crew of 5,000, was patrolling the waters east of the Korean Peninsula on Thursday in a clear warning to Pyongyang.

Some 90 F-18 Super Hornet sorties were launched from the deck during the day. Forty South Korean warships deployed in a line stretching all the way from the Yellow Sea to the Sea of Japan.

“The dangerous and aggressive behavior by North Korea concerns everyone in the world,” Rear Admiral Marc Dalton, commander of the USS Reagan strike group, told reporters in a presser from the hangar of the aircraft carrier while aircraft were taxiing on the flight deck above. “We have made it clear with this exercise and many others that we are ready to defend the Republic of Korea.” 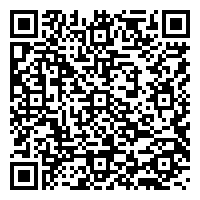