Prime Minister Benjamin Netanyahu and his wife Sara joined residents of the Jordan Valley this week as they celebrated the 50th year anniversary of the liberation of the region from Jordanian occupation and the return of Jews to the area.

“The Jordan Valley has supreme importance in the context of the security of the State of Israel,” Netanyahu said. “The Middle East is unstable and violent. The Jordan Valley is a strategic defensive belt for the state, and without it, the fundamentalist flood could reach into Israel as far as the Dan region [including Tel Aviv].”


“So our eastern line of defense starts at this location. If we are not here, then Tehran and Hamastan will be here. We will not allow this to happen,” the prime minister said.

“Fifty years ago, the Jordan Valley was a barren and yellow land, sun-ridden and nothing more.”

As with Gush Etzion, Jerusalem and the Golan Heights, Netanyahu promised that the Jordan Valley will always remain a part of the State of Israel, and said it should be a catalyst for regional cooperation with Jordan, calling it the “gateway to the East.”

He also noted that the Jewish presence in the area dates back thousands of years: “Our roots trace back to here,” Netanyahu reminded. “Not far from here, Joshua the son of Nun crossed the Jordan River. Not far from here the Children of Israel entered the Promised Land.” 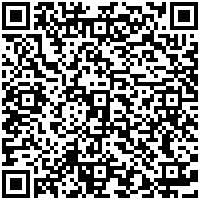