Sometime later when I was packing to go to Israel, I went into my closet and saw those shoes, and decided to take them with me. I wanted to walk in Israel with my father’s shoes on because my father had always wanted to go, but never made it. When we got there, my Israeli wife Miriam took me to a park where I could walk on the actual earth, the land of Israel, in the shoes of my father.

Speaking of Israel, what are your thoughts on the so-called two-state solution?


There won’t be a two-state solution; there won’t be a one-state solution. The Palestinians want a “no state solution” for the Jews. They don’t want Jews at all. So all of this balagan about the settlements – it’s not about the settlements. It’s something to delay having to sit down and negotiate over a table that will have to lead to a conclusion that they will never agree to. They will have to agree that this is the end of the conflict and they will have to surrender what they call their “right of return to Israel proper.” They will never do either of those things. They don’t want the Jews or any other religion to be alive, so how are they going to get to the point of peace?

There isn’t a Palestinian alive who wasn’t raised on a curriculum of hatred and hostility toward the Jews. So how can you talk about giving up land? They publicly acknowledge that they have a multi-phased program. They’ll do it in steps: They’ll take the West Bank, then they’ll take a piece of the Galilee, and piece by piece they’ll want the rest of the land of Israel. There’s no chance for peace, and the settlements are just a red herring issue.

Do you think the UN statehood business is just going to fall by the wayside?

No. The UN business is how they’re circumventing the need to sit down and negotiate…. All of this is an excuse to delay coming to the table and negotiating.

Do you think Israel should be a secular, pluralistic country or remain a Jewish state for Jews?

Why do you think the majority of American Jews have been generally supportive of President Obama?

The Jews are always for the underdog. They don’t realize that Obama is against the interests of the Jewish people and Israel. Politics is not always a transparent discipline, but Obama, like Bill Clinton, believes the objective is to get a written agreement whether or not it’s in the interest of Israel and the Jews. Just get an agreement signed. For Obama, this is just a political issue; for the Israelis, it is its very survival and the survival of the Jewish people. It’s not making or losing political points.

Clearly some of Obama’s actions are mixed, but in the meantime it’s the direction and the trend that really counts, and not just symbolism about Israel.

You established the daily Israeli newspaper Israel Hayom. Why?

Do you think it’s had the effect you were after?

Yes. In just three years we became number one – according to the rating service there, we have the largest daily readership and we will continue to grow.

Besides continuing to grow and expand your empire, what do you still want to accomplish in life given the power and influence you wield?

I want to: (1) accelerate my efforts in the Jewish community and pro-Israel matters; (2) expand my backing in the collaborative approach to conducting medical research through the Adelson Medical Research Foundation; and (3) support my political views, in my case, right-of-center Republican views. Not necessarily in that order.

Marcia Friedman is a freelance writer for the The Jewish Press. She can be reached at mlf@marciafriedman.com. 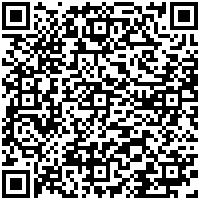