Billionaire Sheldon Adelson, the man who spent $100 million on electing absolutely no one in last November’s elections, owns a daily Israeli news freebee called Israel Hayom (Hebrew for Israel Today—arguably the most popular daily in Israel—hey, it’s free) whose central political position is wherever Bibi Netanyahu happens to be at the moment. It’s as good an ideological base as any (albeit more biodegradable than most), and this morning—in keeping with its party line—Israel Hayom is attempting to throw a wedge between Naftali Bennett and Yair Lapid.

We reported yesterday that Lapid and Bennett have agreed to enter Netanyahu’s government together—or not at all. This was an astute, if not outright brilliant political move, creating a block of 31 Knesset members opposite Netanyahu’s 31 Knesset members. The jury is out on how long the pact would last – Israel is not a place where those things come with long-term warranties. But it is exciting nonetheless: two successful young men, newcomers to parliamentary politics, each with his own election miracle, one to Bibi’s right (Naftali), the other to Bibi’s left (Yair). They could certainly give the old, beaten down fox a run for his money.


Which perfectly explains why Israel Hayom would make it its goal to talk them down from that dangerous penthouse (I was going with tree house, but figured these two guys could afford better).

The Israel Hayom pair of political writers Yehuda Schlesinger and Matti Tochfeld on Tuesday morning came out with a column titled: “Naftali Should Calm Down,” in quotes. Some editor, realizing perhaps that this was too combative even for a Bibigraph, changed the headline to the anemic “The 19th Knesset on its Way.” But online titles don’t lie, and the original heading is still up there, at the top of everyone’s browsers. It’s a dismissive headline, so scornful, it could have been written by Sara herself. The rest goes:

“Chairman of the Jewish Home Naftali Bennett is strengthening his ties with Yair Lapid, but in his own home there are some who are not satisfied with the alliance between the two new stars of Israeli politics. Rabbi Zephaniah Drori, Chief Rabbi of Kiryat Shmona, dean of a hesder yeshiva (for National Religious men dividing their time between learning and military service) and a religious Zionist leader, addressed the issue of burden equality (meaning the idea of Haredim serving, too) and the conduct of Naftali Bennett, saying yesterday: “If in these issues he (Bennett) decides alone, not based on rabbinic judgment, it will be the end of his political career.”

Now, as Maariv reported this morning, Jewish Home MK Uri Ariel, who leads his party’s coalition negotiations team, regularly updates the party’s rabbis, who in turn have expressed their full confidence in the party politicians. Also, the same group of rabbis did not deem fit to act on Rabbi Drori’s complaints.

It appears that the Lapid-Bennett axis is causing panic not only in the Likud-Beitenu circles (we’ve been hearing from Jewish Home sources that the Likudniks are telling the Bennett people lots of Lashon Hara on Lapid, with the implied promise that the knitted yarmulkes would be better off in Mamma Likud’s bosom) – the other frightened bunch are the Shas folks, whose spiritual leader, Rav Ovadia Yosef, only the other day described Jewish Home as made up of goyim. They’re trying desperately to rewind that one—MK Nissim Zeev of Shas said the Rav was only talking about the proposal for civil marriages for the unweddables. (Better they should get married in Cyprus and join the ranks of Israelis who despise their own tradition on account of a near-autistic chief rabbinate).

Shas is aware that it’s about to lose its two seats of absolute power: Interior and Housing. If Lapid is serious about real equal burden legislation, it can’t be done with Shas inside the government, and certainly not with Shas holding the purse strings. So Shas is pushing for a coalition that would include them, Torah Judaism, and Bennett. Without Bennett that entire structure collapses on itself. This is not ideology, mind you, this is the lifeblood of Shas: they have patronage jobs to be awarded, and young Haredi couples waiting for government-subsidized apartments. If those same jobs and apartments go elsewhere, Shas would plummet to a single-digit entity next time. 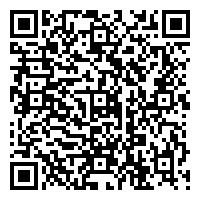