On April 15, 2012, Pro-Palestinian activists attempted to enter Israel en masse. In doing this, the organizers of the event – which is known by a few names, most notably “Welcome to Palestine” and “Airflotilla 2”– hoped to take fifteen hundred to two thousand activists from Europe and have them collectively fly to Ben Gurion airport to challenge Israel’s ‘isolation” of the Palestinians.  Assuming the activists would not be denied entry, the organizers prepared a complete plan of action for the week after their arrival involving numerous tours and activities that promise to provide participants with plenty of opportunity to be educated in the Palestinian narrative.

In spite of the stated mission, the actual desires of the organizers are suspect due to a variety of reasons. For starters, there is the timing of the “Welcome to Palestine” fly-in. April 15th comes right after the Jewish holiday of Passover, and it was guaranteed to be one of the busiest days of the year for Ben Gurion airport.

What prevents activists from coming at other times during the year? The activities specified in the plan do not need to happen specifically from April 15th-21st. Furthermore, the track record of flotilla/flytilla like attempts to breach Israel’s border is less than impressive when it comes to changing the Palestinians’ political circumstances (results range from the killing in self-defense of the activists aboard the Mavi Marmara to the over-hyped Global March to Jerusalem, a rush on Israel’s borders with an anticlimactic ending). Thus, the decision to have thousands of activists arrive within one extremely busy 24-hour period was intended to publicly promote the organizers’ interpretation of the conflict rather than to offer any real help to the Palestinians who are allegedly suffering. The scheduling of a press conference at 5pm in Bethlehem on the day of the fly-in was the icing on the public relations cake served by the participants.

Never mind that press conferences do not build the infrastructure needed to support a healthy society, the activists motivations are better understood by asking just who are the individuals involved in this epic demonstration of support for Palestinian rights?

A rough sample of endorsements for Air Flotilla 2 yields:

Noam Chomsky, a linguistics professor notorious for his belief in the 1 state solution (the one where 60+ years of Arab anti-Semitism magically disappears and everyone holds hands under a rainbow);

John Pilger, an Australian journalist who thinks Israel should not exist and denies any Jewish connection to the land;

and Mustafa Barghouti, a Palestinian politician, organizer of the failed Global March to Jerusalem and a boycott activist.

In addition, people like Mazin Qumsiyeh, a political activist opposed to peace negotiations, have gone out of their way to invite people to come to “Palestine” on April 15th and to encourage participation in the event.

A common theme among all these individuals and many of the other participants and endorsers is a hatred and preoccupation with Israel that borders on obsession. Consequently, it is no surprise that what seemed like a plea to support a downtrodden people was more of an opportunity to display a one sided view of the conflict. Increasing tension in a conflict situation is not known to help alleviate suffering.

On the other side, the Israeli response has been threefold:

Firstly, Israel sent a list to numerous European airlines with the names of over three hundred people that would not be allowed entry. In the days leading up to April 15th, airlines such as Lufthansa, Jet2, and Air France heeded Israel’s request and cancelled the reservations of many of the individuals on the list. Jet2 even refused to give the activists a refund. The activists greeted the actions of these airlines with the usual calls to boycott those who allegedly “sided with apartheid” and a new plan to have participants protest their denial of entry into Israel at local airports in numerous European countries.

The second aspect of the Israeli response has been to beef up security at Ben Gurion airport.  An additional six hundred and fifty police officers (with many in plain clothes) were assigned to the airport in order to minimize illegal entry. Terminal 1 in the airport was also made a sterile zone and the activists were diverted there. Lastly, the government of Israel wrote a nice letter to the activists who arrived questioning their focus on Israel while Syria continues to shell dissidents and nations like Iran oppress opposition forces.

In the end,Israel’s preparatory actions paid off. A total of forty three activists await deportation. Despite the protesters attempts to get thousands of fly-in participants to Bethlehem, only three ended up making it. This yields a success rate of 0.2% (1500 estimated activists were supposed to make the trip on the low end) – which was a victory, of course, according to the organizers. 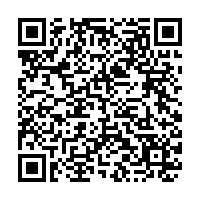