The human resources division of the IDF reported last week that they were forced not to draft 100 ultra-orthodox men that would have enlisted due to cutbacks in per-soldier finances from the treasury.

An officer in the IDF close to the issue told the Jewish Press: “In the beginning of the year we were given goals of recruiting 700  ultra-Orthodox [Haredi] soldiers, then the army told us to lower to 500 due to financial constraints. However, 100 soldiers were already in the drafting process so we were able to take them in. It is not that we turned away 100 soldiers – had they come to us we would have taken them anyway. But we did stop our outreach efforts to the Haredi community which would have netted more recruits.”


Asked why the Treasury cut down on the financing, the officer said: “The cost of a haredi soldier is very high, we have to pay him for family costs, special training (without women), special food, Torah lessons – all these things cost money. We get 5400NIS  per month per soldier from the treasury, and they needed to cut down to make the budget for 2011.”

The Israeli military drafted 1,288 ultra-orthodox soldiers in 2011 to its four ultra-orthodox programs, including 242 who agreed to serve in non-orthodox units with women. The financial constrains of the army led to the Knesset’s approval in February of the transfer of 1,850 mandatory draftees to the police and 1,300 to the prison service.

With Israel’s military unable to enlist all of its mandatory draftees and its ultra-orthodox volunteers it remains to be seen what will happen if the Knesset does not pass a new version of the Tal Law, set to expire on August 1, due to Supreme Court interference.

The Tal Law exempts ultra-orthodox Jews from the mandatory draft and allows them to maintain their status of learning in their yeshivot, a status they have enjoyed since the creation of the state. Before the Tal Law was passed ten years ago, there were no ultra-orthodox Jewish army units, and the youth in their community could receive automatic army exemptions from the age of 16.

Jewish Press’ source in the IDF added: “In regard to 2012 the discussions are still open. But the Tal Law is the big story though. If a new law does not pass, there will no longer be a legal framework for Haredim to push off army service, and we will therefore be in a position to draft 60,000 soldiers in August.”

Yishai Fleisher contributed to this story. 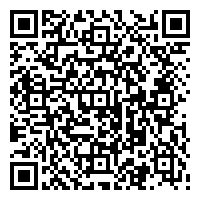