During the summer of 2014, more than 100  synchronized  anti-Semitic demos occurred across the face of the earth.  As an MSW practitioner of community organizing for 40 years, I sensed professional facilitation  of  these massive protests. The question, however was:  Where did the money come from to fund these efforts?

The finger points in one direction: Unchecked cash to UNRWA in Gaza.


And how does that cash get there? Each month, the Israel Civil Administration dispatches a Brinks truck to UNRWA camps in Gaza, to deliver $13 million in cash dollars from donor nations who send their donations through the Bank of Israel, to pay UNRWA teachers and workers. However, the UNRWA teachers union and the UNRWA workers union in Gaza were taken over by Hamas eleven years ago-  which means that all funds wind up in the coffers of terrorists. The Israel Civil Administration spokespeople admit that there are no controls over the cash flow to UNRWA in Gaza. So, this summer, at the direction of Hamas, cash for UNRWA humanitarian efforts wound up in the hands of demonstration organizers, who bankrolled events the world over that mobilized the “Palestinian diaspora”, in conjunction with the “Right of Return” center in London, which tabulates Palestinian refugees who live outside of the Middle East.  Indeed, Michael Kingsley–Nyinah, director of the executive office of  UNRWA, made a speech in Jerusalem in February  2009 in which he confirmed that UNRWA is  also responsible for three million Palestinian refugees who are registered with UNRWA as Palestinian refugees, even though they live outside of the middle east – in addition to the five million who are registered with UNRWA as Palestinian refugees in the middle east.

The violent simultaneous demos of summer 2014, which often turned violent, coincided with the 4,500 aerial attacks fired from Gaza,  where UNRWA hosts 1.2 million  Arab refugees – two thirds of the Arabs in Gazaa – who live in “temporary” Gaza refugee camps since 1948, imbued with the mantra that they have a “right of return” to “their” villages – by force of arms and missiles.

And when these Gazans fire their missiles from their crowded refugee camps on Ashkelon, Beer Sheva, and Ashdod,  their clearly stated purpose is to scare Jews out of “their” villages from 1948, which UNRWA teaches them to believe belongs to them… and eight million people registered around the world as “refugees”  with UNRWA.

In that context, the theme of UNRWA education, which has adopted the curriculum of  the Palestinian Authority is to fight to the death for the ‘right of return’ , a notion nurtured by UNRWA and financed by western nations who blindly fund UNRWA, while spokespeople of the Israel Civil Administration mistakenly refer to UNRWA schools as the “alternative to Hamas”….  It would seem that the UNRWA cash cow  may soon be challenged

Israel will bear some of that  responsibility . 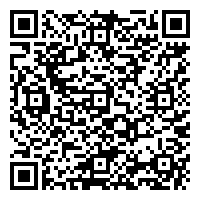