By now most sentient beings are aware that ISIS – currently the world’s foremost bloodthirsty Islamist terrorist gang – has beheaded yet another American journalist, Steven Joel Sotloff. Cue Foggy Bottom, and right on time an eloquent eulogy for Sotloff is issued under Secretary of State John Kerry’s name. The prose in praise of Sotloff fairly sings:

Steven Sotloff’s reporting was as empathetic as his killers are evil. He focused on the stories of average people trapped in war, and documented their day-in and day-out struggle for dignity. Like Martha Gellhorn, he chronicled humanity in the face of inhumanity, and he told the story of enormous generational events as if they were happening to someone you knew from your own life.

And the condemnation of the evil warmongers is unsparing: Sotloff was “taken from us in an act of medieval savagery by a coward hiding behind a mask.” Not only that, but the Islamic State (or ISIS or ISIL) members practice “unfathomable brutality”and are “terrorist murderers.”

But then Kerry, or one or several of his writers had to muck it all up. They had to veer off from eloquent eulogies and deserved denunciations onto a path of self-congratulatory braggadocio, of no-Americans-left-behind posturing that is tragically false.

Kerry could not pass up the opportunity to make the ludicrous claim that the United States did everything in its power to try and bring home Sotloff and also James Foley. Foley, of course, was also brutally decapitated by ISIS and the video of that murder, using sophisticated techniques and equipment, was shared with the world just last week.

In his Sept. 3 statement, Kerry claimed both that the U.S. did everything in its power to save the lives of kidnapped Americans, and that it will hold accountable every barbarian who has murdered Americans abroad, no matter how long it takes.

The U.S. Government has used every military, diplomatic, and intelligence tool we have, and we always will. Our special operations forces bravely risked a military operation to save these lives, and we’ve reached out diplomatically to everyone and anyone who might be able to help. That effort continues, and our prayers remain – as they always are – with the families of all hostages who remain trapped in Syria today. Barbarity, sadly, isn’t new to our world. Neither is evil. We’ve taken the fight to it before, and we’re taking the fight to it today. When terrorists anywhere around the world have murdered our citizens, the United States held them accountable, no matter how long it took. And those who have murdered James Foley and Steven Sotloff in Syria should know that the United States will hold them accountable too, no matter how long it takes.

But that just ain’t true. You see, to take just one set of examples that proves with certainty Kerry’s bravado is empty, consider all of the Americans who have been murdered or seriously harmed by Palestinian Arab terrorists in the Middle East. Not one of those terrorists responsible have been hunted down, not one has been held accountable. Not one. Ask the families of Alisa Flatow (bus bombing 1995), or that of  Sara Duker (bus bombing, 1996), or of Leah Stern (homicide bombing, 1997), or of Rabbi Hillel Lieberman (stabbing, 2000), or of Sarah Blaustein (drive-by shooting, 2001), or of Marla Bennett, Benjamin Blutstein, Janis Ruth Coulter, David Gritz, or Dina Carter (Hebrew University bombing, 2002), or of Daniel Wultz (homicide bombing, 2006) to take just a random sample of some of the many Americans killed by Palestinian Arab terrorists while they were visiting or studying in Israel.

So the rhetoric bemoaning the loss of Steven Sotloff was lovely, but it was ruined by the empty – pathetically and demonstrably empty – bravado.

So you terrorists, especially any Palestinian Arab terrorists: if you kill an American, especially but not exclusively an American Jew, you are practically guaranteed the United States will do the opposite of what it claims. The U.S. government will do absolutely nothing to hold you accountable. Instead, the U.S. government may even urge the Israeli government to release you as a concession (to terrorists, what else?) if you end up in an Israeli prison. But that’s a story for another day. 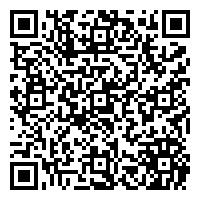