As Israel approaches the March 2015 Knesset elections, the Correct Political Analysis Syndrome continues to afflict even the best political analysts.

Correct Politically Correct Analysis has been available to Israeli politicians for a long time, certainly about the implacable hostility of Palestinian Authority. Enough to quote Golda Meir’s biography, My Life (1975):


I have never doubted for an instant that the true aim of the Arab states has always been, and still is, the total destruction of the State of Israel, or that even if we had gone back far beyond the 1967 lines to some miniature enclave, they would not still have tried to eradicate it and us…. It is our duty to realize this truth; it is our duty to make it clear to all men of good will who tend to ignore it. We need to [face] this truth in all its gravity, so that we may continue to mobilize from among ourselves and the Jewish people all the resources necessary to overcome our enemies …

Given this candid assessment, was it not criminally irresponsible on the part of the Israeli Prime Ministers who succeeded Golda Meir to pursue the policy of “territory for peace” with Arab leaders?

Was it not inane or insane to allow these Arabs to established headquarters or bases in Gaza and Ramallah, indeed, to give them swaths of Jewish land in Judea and Samaria?

Doesn’t Mrs. Meir’s candid assessment of 1975 tacitly and retrospectively condemn Yitzhak Rabin and Shimon Peres for negotiating with Yasser Arafat and consummating the Oslo or Israel-PLO Agreement of 1993?

Doesn’t her assessment also expose the folly and irresponsibility of Benjamin Netanyahu’s consummation of the Wye and Hebron agreements with Yasser Arafat, and, most egregiously, his endorsement of a Palestinian state in Judea and Samaria?

Doesn’t Golda Meir’s assessment of the Arabs reduce to fatuity the Government’s release of thousands of Arab terrorists from prison as “good will gestures” – gestures Golda would probably have denounced as criminal irresponsibility? No wonder she was called “the only man in the cabinet,” as she’d be called today, were she a member of the Netanyahu Government.

How could any Israeli Prime Minister who had not been lobotomized or castrated ignore minimize the strategic significance of the 1,400-year engrained hostility of Muslim Arabs toward Jews? Is it irrelevant that Israel’s own Arab citizens are exempt from military service?

Have not studies indicated that despite all the political, economic, and educational benefits they enjoy as Israeli citizens – benefits elsewhere unavailable to Arabs – that these disciples of Muhammad aid and participate in terrorist attacks and thus constitute a hostile population in this country?

Does anyone in possession of his cerebral cortex believe in Mr. Peres’ dream of a “New Middle East”? Peres, with whom I spoke in 1976, was even then suffering from intellectual flaccidity. I then learned that Peres is a “Machiavellian Dove,” to use the sobriquet of his mentor, Professor Y. Harkabi, author of Arab Attitude to Jews, which contains 400 pages documenting the murderous hatred which Arab theologians, politicians, academics, and journalists display toward Jews and the Jewish state.

Indeed, Harkabi emphasized not only the jihadic mentality of Arabs, but also their culturally engrained mendacity. (Moshe Dayan once said that Arabs consume “lie pills”!) Yet Peres negotiated with these pathological liars, and with the surreptitious purpose of establishing a Palestinian state. His closet disciple, Prime Minister Benjamin Netanyahu, made this official in June 2009. He had adopted the inane or insane policy of “territory for peace” with the disciples of Muhammad.

Of course, the policy of “territory for peace” is not simply symptomatic of a mental disorder: it also wins votes from peace-intoxicated and benighted Israelis. In fact, Peres and Rabin were Labor hawks before their party needed the Arab vote to gain power.

Recall, too, Netanyahu’s 1995 book, A Place Among the Nations. This book also offered ‘Correct Political Analysis’ by admitting that the Oslo Agreement would lead to disaster. Nevertheless, and contrary to those who elected him Prime Minister in 1996, Netanyahu proceeded to implement the Oslo Covenant of Death which fools and scoundrels alike identified with the “peace process.”

Since ‘Correct Political Analysis’ has proven deadly, there must be something incorrect about ‘Correct Political Analysis.’ Not that I’m opposed to correct political analysis per se. Left by itself, however, it’s counterproductive when it obscures that which distinguishes Israel from other nation-states, namely, Israel’s meta-political foundations or the concept of the Holy Land, the land God promised the Jewish people.

That America is rotting away, stooping so low as to cozy up with and subsidize the villains of the Palestinian Authority, is the moral consequence of her abandoning the meta-political foundations of the American Declaration of Independence.

Encapsulated in that sacred document is its pivotal concept, “the Laws of Nature and of Nature’s God.” That concept is rooted in the Torah. However, because her leaders have abandoned the Torah, Israel, the most powerful nation in the Middle East, can’t even stand up to the PA, which Deuteronomy 3:21calls “a non-nation, and a vile people.”

Hence it behooves independent-minded political commentators to step off the beaten path of ‘Correct Political Analysis’ for a while. Time for them to link the timidity and fatuity of Israeli politicians – obvious to the public – with the basic cause of these deficiencies, namely, the “politically correct” silence they maintain about Israel’s meta-political foundations.☼ 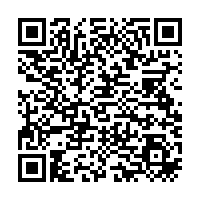