This is the reason that Hamas functioned during the last round of rockets as a moderating and calming force, not because they have turned into Zionists, but because they have become a state, and the state must, in one way or another, impose its agenda on the bodies that consider it an illegitimate organization because it has suspended active jihad against Israel.

Iran, which would like Gaza to be a constant battlefront, no longer supports Hamas, and has transferred its support to organizations that undermine the hegemony of Hamas in Gaza. Right now, when the world is focused on the slaughter of citizens in Homs, Syria, and voices in favor of military intervention are beginning to be heard, Iran is encouraging its underling organizations to stoke the fire in Gaza. The assassination of Kaisi, commander of the Popular Resistance Committees, was just the excuse to ignite the Gazan arena.

The determination of the IDF, the great operational success of the Iron Dome, the success of the IDF in eliminating missile launching groups and the fact that not many citizens of Gaza were injured, allowed Hamas to stay on the sidelines, without becoming involved in the fighting, and to bring the organizations to a calm, at least until next time.

The organizations are licking their wounds, drawing operational conclusions, cursing Hamas and waiting for the next opportunity to undermine the authority of the state, just as any tribe in the Middle East does. The State of Hamas must find its way between the hammer (the accusation that it has become a collaborator with Israel) and the anvil (its desire to build a standard Arab state, with a reasonable life for the people of Gaza and luxury for the corrupt upper echelons of Hamas).

Israel need not tamper with the Gazan social structure or try to re-engineer the tribal map and its interests. The State of Hamas – with all its problems of terrorism and jihadism – serves the interests of Israel, because it breaks the Palestinian dream into pieces, and also proves to Israelis who are captivated by the dream of peace, that what’s happening now in Gaza may happen again, but in a larger, more dangerous version, in Judea and Samaria, if Israel transfers control of that area to Middle Eastern culture. Many of the Israeli cities of the center are within range of the mortars, the kassams and the missiles that might be launched from the hills of Judea and Samaria. Therefore, Israel must find a solution that will free us from the majority of the Arab population in Judea and Samaria but allow us to remain in the rural areas. The eight-state solution, which is based on the tribes living in the Arab cities in Judea and Samaria is the only solution that is based on the extant social framework of the Middle East, and will provide Israel with security. Not absolute peace, because there is no such thing in the Middle East, but relative peace, that will need some maintenance from time to time.

In the Middle East, only the invincible can have peace because only if a group is strong, will the other groups leave it be. 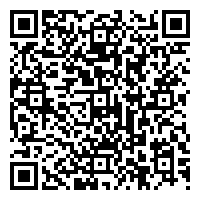