As one would expect, the Israeli media took great interest in Netanyahu’s speech at the United Nations Security Council. In the Arabic media, the situation is more complex: the morning after Netanyahu’s speech, lines from the speech were cited, even in banner headlines, but Netanyahu’s words – despite their importance to the listeners in Israel, Teheran and the White House – were seen in a wider context in the Arab media, because of the complexity of the way the global picture appears to the Arab world, which is naturally centered around itself.

The newspaper “al-Quds al-Arabi,” which is published in London, devoted its main headline of the morning following the speech to Israel’s options: “Netanyahu: We are ready to act to prevent Iran from having nuclear arms.” The newspaper also added later in the article: “The Iranian-American rapprochement worries the Gulf countries.” The connection that the newspaper makes between Netanyahu’s pronouncements about Israel’s willingness to act and the fears of the Gulf countries creates the impression that the last hope of the Gulf countries – since they have given up on the Americans – is that Netanyahu will deal with the Iranian nuclear program.

But Netanyahu’s words are put into the wider context of Israeli relations with the United states: indeed, the White House is leading a policy of appeasement and negotiations with Iran, but on the other hand, Obama’s statement that “all options are on the table and the United States will demand actions, not only words” is also emphasized. This statement is intended to calm the Israelis and tone down Netanyahu’s explicit threats toward Iran. Therefore, it is not at all clear if the United States will indeed support Israeli military action if such action is carried out without the prior agreement of the White House.

In the background, it is also possible that the American Congress with a Republican majority will take a stand against the White House’s position. “Al-Quds al-Arabi” tells its readers that the day before Netanyahu’s speech in the UN, he visited the American Congress and met with a “small group” of members of Congress. From this, the newspaper assumes that Israel will try to influence White House and State Department policy by using American pressure groups, in Congress and in pro-Israeli organizations, to change the conversation with Iran from an approach of appeasement to that of making specific requirements, from an easing of sanctions to stricter supervision of the nuclear program through crippling sanctions.

“Al-Quds al-Arabi,” a newspaper that usually takes clear and radical anti-Israeli positions, lists the four Israeli requirements that Netanyahu raised regarding the Iranian nuclear project – to stop uranium enrichment; to remove all of the enriched uranium from Iran; to close the Fordo enrichment plant and to dismantle the advanced centrifuges in Natanz; and to stop the plutonium reactor in Arak that uses heavy water. The newspaper emphasizes that although there are explicit and well defined Israeli requirements, it is still not clear what Obama and Kerry will demand from Iran.

The newspaper “al-Hayat,” also published in London, assigned an important place to Netanyahu’s speech, and quotes the Israeli prime minister’s statement that “Rouhani is nothing but a wolf in sheep’s clothing and we are ready to stand by ourselves against Iran.” The newspaper quotes verbatim a significant parts of Netanyahu’s speech. The fact that Netanyahu’s speech was given generous and honorable coverage is significant. In Wednesday morning’s issue there were still no articles of commentary on Netanyahu’s speech, but the fact that many citations from the speech were included may mean that the newspaper’s editors – who are guided by the Saudi agenda – understand that Netanyahu’s words are important and meaningful, especially because of Obama’s and Kerry’s intention to come to an agreement with the Iranians at any price, from a position of weakness. 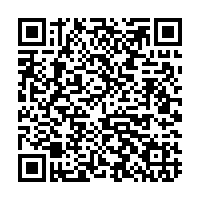