Sitting with these two youths in Jerusalem, it is hard to believe their story is true. The two brothers, Adiso and Yonatan Jambar, aged eighteen and sixteen, emigrated from the village of Achfar in Ethiopia five years ago.

A family of eight children, they were the only Jews in the village. Their father made a living as a farmer and as an agricultural tools merchant. Yonatan can’t forget the Anti-Semitic attacks they suffered. The family was aware of their Judaism, but did not really lead a Jewish life. Their uncle was a well established land dealer. At some point he ran into difficulties, his house was burned and he was forced to leave the village. The rest of the family was forced to follow suit, selling their possessions at a very low price. They had to walk to the city of Gondar, seven hours away. Here, they attended a Jewish school, still suffering from various Anti-Semitic attacks. Yonatan remembers one incident when he was playing soccer with other boys, and they began to ridicule him for being a Jew. On the way back from school, he was attacked. The family lived in Gondar for five years, and them decided to make Aliya – to move to Israel. The family’s grandfather had already moved to Israel, and they joined him in 2007. Yonatan tells of a certain sense of shock when first arriving in Israel, but the family quickly adjusted to their new lives.

They first stayed at an absorption center, and later moved to Kiryat Yam in Northern Israel. After only half a year, they had a good command of the Hebrew language. The two brothers began to study at a Yeshiva-high school. “After learning Hebrew, we joined the regular class and there we found friends, good friends.” Yonatan began at a fifth grade level, but rapidly progressed and was moved into the seventh grade. While he was in the seventh grade, their family became closer to the Jewish tradition and began to lead a religious life. In Israel, they felt more secure about their Judaism and their bond to Jewish values and heritage became more prominent in their life. After two years in the Haifa area, the family decided to move to Ma’aleh Adumim, near Jerusalem.

The parents did not have an easy time finding a source of income, having to work at difficult jobs; but they constantly had their children’s education in mind. Today, the boys study at Ma’aleh Adumim Yeshiva-high School, Adiso in the twelfth grade and Yonatan in the tenth. They spend much of their time studying for the matriculation exams. Both have achieved impressive results, an outcome of difficult and prolonged efforts on their part, as well as special attention given by the school staff. Their day is long and crammed, starting at eight in the morning, and ending at six or seven o’clock at night. Their program is very intensive, including religious studies, math, English, physics, biology, technology and electronics, history. One of their teachers, Itamar Golan, said, “Today, they are first rate students in the Yeshiva. Studies at the Yeshiva are intensive and grueling. With the close accompaniment of the staff, they are both very successful, despite all the obstacles they have encountered.”

Their parents constantly encourage them, pushing them to fulfill their potential. They want Yonatan to become a doctor. He excels in biology, and hopes to become a vet. His grades are high, but he would rather not talk about himself. He believes one should be judged by their values, identity and personality; not grades.

Adiso, a top notch student as well, believes in influencing and contributing through social activities. He joined the Ariel youth group a short time after joining the Yeshiva. He became a leader in the group, and his dream is to influence Israeli society, generating a positive change. Yonatan joined the youth group with Adiso, becoming a youth leader as well. They are both involved in youth activities, educating the members of their group on the values of mutual accountability. They believe they have the power to minimize and even eliminate violence among youth. Through activities and games, they teach proper methods of communication between the youth, showing that violence is not necessary.

The brothers believe more can be done to further promote and assist the Ethiopian community in Israel. Today, the younger generation of Ethiopian immigrants serves as a guide to the older generation, helping them to integrate. Yonatan and Adiso have encountered some prejudice, but don’t dwell on them, preferring to look to the future.

Yonatan has fond memories of Achfar, but believes his life is better today, in Israel. His way of life and religious values are important to him, as well as his sense of belonging to the Jewish Nation, which he feels in Israel, and the security the Ethiopian immigrants feel. “In Israel, when I compare my life to the one I had in Ethiopia – it is better here. Our basic needs are the sense of security and the feeling of a belonging to an entity we believe in, leading the life the way we want. We find these basic needs met in Israel.” 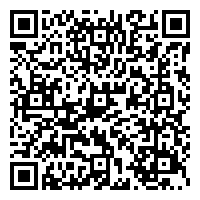