My earliest thought of Judaism came in Catholic school, when I cussed out my grade three teacher for being an anti-Semite.


I was no Biblical expert at the age of nine, but even my cursory understanding of the Bible told me that Christians had a heck of a lot in common with Jews.  But my grade four brain, trapped in a grade three class, couldn’t yet formulate the brilliant observations of a Dennis Prager or Rabbi Joseph Telushkin about the Jewish foundation of ethical monotheism that Christians and the rest of the world inherited.  Or the passionate Christian defense of Judaism from the great Pastor John Hagee (for whom I have had the great honor of writing; more on that later).  No, I just stood up and cussed out my grade three teacher for crapping on Jews.

Perhaps that was the first indication of my latent Jewish tendencies: not what I said to my teacher, but my instinct to stand up and say it.  Outspokenness.  A rather Jewish trait, I’m told, which did not serve me well at any level of school, anywhere (I bounced around to every school in town, and to one of them twice).  Witness my suspension notice for “persistent opposition to authority,” and my Grade 3 report card, which observed that I have “a good religious knowledge but fails to relate to his peers due to his ‘superior’ attitude.”

So it appears, as early as grade three, that I was already exhibiting early-onset symptoms of “chosenness.” 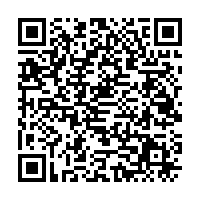