The Global March to Jerusalem (GMJ) on March 30 (a date which commemorates what’s known as Palestinian Land Day), is a high-profile provocation involving groups of international “activists” who intend to set out from Lebanon, Syria, Jordan and Egypt and converge upon Israel’s borders demanding the “right” to reach Jerusalem.

Concurrently, they also plan to “besiege Israeli embassies over the world”


The broader aims of GMJ, according to the project’s official website, are as follows:

“[To] end the Apartheid, ethnic cleansing and [racist]…Judaisation policies affecting the people, land and sanctity of Jerusalem… [which] is a crime not only against Palestinians but against all humanity”

The site further claims that their efforts “will ward off Israel’s threat to world peace through the ‘Judaization’ of the holy City”.

The organizers are a conglomerate of individuals and groups representing the ‘red-green alliance.

The Muslim Brotherhood, Hamas, the government of Iran, Hezbollah, Islamic Jihad, Western Islamists, the extreme left, and radical NGOs have united with the aim of engineering a PR disaster for Israel and advancing their long-term assault on the legitimacy of the Jewish state.

However, the broader goal of GMJ needs to be understood, and certainly shouldn’t come as a surprise to those who understand the malevolence of those involved in such delegitimization campaigns.

One of the organizers of the march wrote the following in an email to a fellow activist about their intentions:

“The point is that how do we build a movement that compels the governments of Egypt, Jordan, Lebanon & Syria to let us in (which is easy) & then let us march across the borders into Palestine, challenging the Israeli army…Imagine a situation where we have more than a million people streaming in from four borders & Israel fails to stop the human tide. Once we have broken this mental barrier, then it’s all over. Next time we will have 5 million who will be marching in & it will only grow from there. This is exactly the nightmare situation for Israel.  Thus [we] will undermine the Israeli state, like no other strategy & then it will all begin to unravel & the Zionist edifice which is unraveling as we speak, will soon fall. It’s a matter of time now, as we well know.”

Unlike other such campaigns in the past, such as the “Nakba Day” protests on Israel’s borders last May, GMJ doesn’t even attempt to maintain the veneer of fighting for Palestinian rights

Obviously Israel, like any other sovereign country, can’t permit mass infiltration of its borders, especially by terrorists and other enemies committed to its destruction. The results are therefore likely to be even graver than the violent consequences of the organized Syrian attempt to infiltrate Israel’s northern borders in June 2011 – an event which marked the 44th anniversary of the Arab “downfall” in the Six Day War, known as “Naksa Day”.

The GMJ event also needs to be seen in the context of the recent International Conference for the Defense of Jerusalem in Qatar (Feb 26-27), where Palestinian President Mahmoud Abbas, addressing attendees during the first day of the conference, called on Muslims to go to Jerusalem and confront Israel’s accelerated efforts to “Judaize the city”. Abbas reportedly even claimed that Israel intended to destroy the Aksa Mosque.

As with the 2nd Palestinian Intifada, which claimed over 1000 Israeli lives between 2000 and 2004, and which was largely precipitated by calls from Palestinian leaders to defend the Al-Aqsa mosque (which they claimed was under Israeli attack), the cynical exploitation of issues relating to Jerusalem always has the capacity to incite Palestinians, and provoke riots, violence and bloodshed.

Such potentially dangerous conflagrations clearly represent scenarios the march’s organizers are counting on. 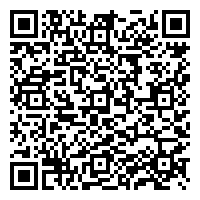