It’s difficult for a religious person to observe from a strictly secular and factual point of view the emerging conflict between Israel and US over Iran’s nuclear program, a conflict which is about to reach its peak with Prime Minister Benjamin Netanyahu’s visit to President Barack Obama Monday.

That the meeting is to take place in the week of Purim, our national commemoration of an attempt – some 2500 years ago – on the part of a Persian prime minister, to annihilate the Jewish nation, has not escaped, I’m sure, the attention of many shul rabbis, who took the opportunity this past Shabbat to make the obvious connection for their flock – as if they hadn’t figured it out by themselves.


So who are the Megillah characters in this round? We definitely have our Hamman in President Mahmoud Ahmadinejad. King Achashverosh should be President Barack Obama. Benjamin Netanyahu is more Esther than Mordechai, given his direct dealings with the ruler of the free world. What we’re missing is an obvious Mordechai, that stubborn, unrelenting, proud and morally upright man of state, whose wisdom and reassurance would guide our modern-day Esther through the maze of Washington politics.

If you ask me, I’m voting in favor of Amos Yadlin for the role of Mordechai (even though some amateur mystics in my shul have pointed out that Netanyahu’s first name, Benjamin, is reminiscent of Mordechai’s tribal association and the ancient observation that only the sons of Rachel—not Leah—are capable of fighting Amalek, our primeval nemesis).

On June 7, 1981, Amos Yadlin, who later became chief of Israeli military intelligence, was one of eight Israeli fighter pilots who bombed the Iraqi nuclear reactor at Osirak. He recalled that event in a NY Times Op Ed Friday, one of those rare moments when you remember why you’re the last Jew on your block who still reads the Times.

The pilots sat down with then IDF chief of staff, the late General Rafael “Raful” Eitan, and laid out all their concerns regarding the mission: running out of fuel, the possibility of an Iraqi retaliation, damage to Israel’s relationship with the US, and the fact that even after a successful strike destroyed Saddam Hussein’s nuclear facility the international condemnation would rain down Israel.

“Listening to today’s debates about Iran, we hear the same arguments and face the same difficulties, even though we understand it is not 1981,” comments Yadlin.

Raful’s decision in 1981 did not necessarily ignore all the very good and complex reasons against striking Hussein’s nuclear facility. Instead, the old war horse, who had been a soldier since before the creation of the Jewish State, did what he could at the time to stop a real threat, and chose to deal later with the inevitable collateral damage: mission difficulties, retaliation, US ire, and international condemnation. He simply did the math and decided that facing all of those outcomes was less risky than facing a nuclear Iraq.

He was right, and delivered a stupendous, unprecedented victory, the kind that has been becoming sadly rarer in the IDF’s recent history. A victory that in hindsight saved two US presidents from confrontation with a nuclear foe in dealing with Iraq.

Yadlin writes that the Pentagon could not understand how the Israelis were able to do it, using US made F-16s that “had neither the range nor the ordnance to attack Iraq successfully.”

In Yadlin’s opinion, it came down to “Israel’s military ingenuity.” They “simply” maximized fuel efficiency, and relied on the best pilots on the planet, who trained tirelessly for that specific mission. In the end, all they really did was attack the Iraqi reactor “with pinpoint accuracy from so close and such a low altitude that our unguided bombs were as accurate and effective as precision-guided munitions.”

It’s maddening how the same political and military system is facing almost exactly the same challenge, and so far has not been able to follow General Eitan’s straight forward thinking: deal with the nuclear target first, everything else couldn’t possibly be a worse threat than a nuclear enemy at Israel’s doorstep.

President Obama last week told The Atlantic‘s Jeffrey Goldberg that both Iran and Israel should not ignore the possibility of a US attack against Iran’s nuclear facilities.

“I think that the Israeli government recognizes that, as president of the United States, I don’t bluff.” He said to Goldberg. “I also don’t, as a matter of sound policy, go around advertising exactly what our intentions are. But I think both the Iranian and the Israeli governments recognize that when the United States says it is unacceptable for Iran to have a nuclear weapon, we mean what we say.”

In the interview, Obama remarked that “all options are on the table,” and that included the “military component.” But the president insisted that sanctions have pushed Iran into a “world of hurt,” and that economic duress might soon force Tehran to rethink its nuclear ambitions. 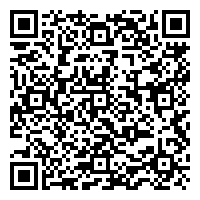