Let me begin by categorically stating that no president has ever completely satisfied me with regard to his policies toward Israel. Every single president, Republican and Democrat alike, has refused to do the right thing when it comes to recognizing Jerusalem as the capital of Israel. There may be room for disagreement about some parts of Jerusalem that were captured by Israel during its defensive war with Jordan, but there is no room for disagreement about the status of West Jerusalem, where the Knesset, the Israeli Supreme Court, the Prime Minister’s office, and the President’s residence have always been located. I have been and will remain critical of any president who wrongly believes that recognizing West Jerusalem as Israel’s capital and placing our embassy there will make it more difficult to achieve peace.

I have also disagreed with presidents, both Republican and Democrat, who have suggested that Israel’s settlement policy is the major barrier to peace between Israel and the Palestinians. The major barrier has always been, and remains, the Palestinians’ unwillingness to recognize Israel as the nation state of the Jewish people, to renounce their absurd claim to a so-called “right of return,” and to accept reasonable offers from Israel regarding the borders of the West Bank. Though I have long been opposed to Israel’s settlement policy on humanitarian and democratic grounds, I insist that the continuing occupation is largely the result of Palestinian refusal to accept the reasonable compromises offered by Prime Ministers Barak and Olmert. If the Palestinians had been prepared to accept such reasonable compromises, the occupation would end, as would the concerns over humanitarian and democratic issues. The same might be true if the Palestinians were now prepared to negotiate a two-state solution with no preconditions. At bottom, therefore, this dispute is more about land than it is about human rights, because the Palestinians can secure their human rights by being willing to compromise over land, as the Jews did both in 1938, when they accepted the Peel Commission Report, and in 1948 when they accepted the UN Partition Plan.

Most presidents have had mixed records, generally supportive of Israel’s security. President Reagan, for example, who is often put forward as the model of a pro-Israel president, voted to condemn Israel for its entirely proper decision to bomb the Iraqi nuclear reactor in 1981. And President Carter, who is put forward as the model of an anti-Israel president, helped bring about a cold peace with Egypt.

The glory of American politics, with regard to support for Israel’s security, is that over the years it has been largely bipartisan. It remains so under President Obama.

It is imperative that this election not be turned into a referendum over Israel’s security in which a vote for the Republican candidate is seen as a vote in favor of Israel’s security, while a vote for the Democratic candidate is seen as a vote against Israel’s security. Such a perception could prove disastrous for Israel since it is very possible—indeed in my view likely—that President Obama will be reelected, and that his reelection will not turn on differences between him and Romney over Israel’s security. That is why I am so concerned about the approach taken by those who argue that every Jew who supports Israel must vote for Mitt Romney, because President Obama’s record on Israel is far from perfect.

When I decide who to vote for in a presidential election, I do not look for perfection. If I did, I would have to stay home. I look for the better candidate based on a wide variety of factors. For example, as a civil libertarian, I was distressed by President Clinton’s regressive policies with regard to criminal justice. I strongly opposed his “don’t ask, don’t tell” policy. I criticized his inaction in Rwanda, and the lateness of his involvement in the former Yugoslavia. But I voted for him enthusiastically because he was so much better than the two candidates against whom he ran. 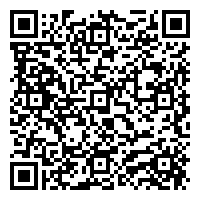