It is not clear at this stage when and if new presidential and parliamentary elections will ever be held in the Palestinian territories. The two major Palestinian parties, Fatah and Hamas, have yet to end their power struggle and agree on the formation of a Palestinian unity government that would pave the way for long-overdue elections.

But if anyone is hoping that the elections will see the rise of moderate and charismatic leaders to power, then he is living in an illusion. In our Palestinian culture, it is more important if one “graduates” from an Israeli prison than from the most prestigious university in the world.


In our society, people like Prime Minister Salam Fayyad do not get many votes because they did not spend time in an Israeli prison. Fayyad’s chances of winning would be greater if he had killed a Jew or sent his son to carry out a suicide bombing in Israel.

PLO Chirman Yasser Arafat would choose his security chiefs and top aide according to the number of years they had spent in prison or the number of Israelis they had killed. “You spent 20 years in prison? Then you get the rank of colonel!” Arafat would say. “You carried out an attack in which three Jews were killed? You are a general!”

Jibril Rajoub and Mohammed Dahlan, the two former security chiefs who served under Arafat, were appointed thanks to their having spent time in Israeli prison, not because of their qualifications; and this notion serves as the basis for Palestinian talk about jailed Fatah leader Marwan Barghouti — who is serving five life sentences for his role in shooting attacks that killed a number of Israelis during the Second Intifada — as the leading candidate to succeed Mahmoud Abbas.

Marwan Barghouti is therefore widely respected by Palestinians because of his role in the “Revolution.”

A man like Fayyad, who studied in Texas and did not spend one day in an Israeli prison, stands no chance at the ballot box against people like Barghouti — the by-product of what happens when the Palestinian Authority leadership praises prisoners and terrorists as heroes.

The Palestinian prisoners who were released in the Gilad Schalit prisoner agreement last October have already been offered thousands of dollars as well as apartments by both Palestinian governments,  in the West Bank and in the Gaza Strip.

And it should not come as a surprise if some of these ex-prisoners, many of whom have Jewish blood on their hands, will be enthusiastically elected in the next round of Palestinian elections.

The Palestinians have raised an entire generation on the glorification of suicide bombers and terrorists — the direct result of decades of incitement and indoctrination, to which Palestinians are exposed at a very early age.

Under such circumstances, is it even a good idea at all to hold new elections in the Palestinian territories? 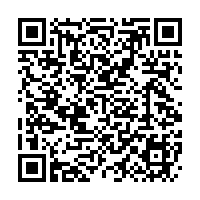