The Yishai Fleisher Show is Israel’s only English-language FM talk show and it is brought to you in partnership with JewishPress.com

Before leaving for IDF reserve duty, Yishai put together a great show that begins with a riveting speech, given during Yishai’s Winter 2012 speaking tour, to students of the Community Hebrew Academy of Toronto (CHAT), a Jewish high school in Toronto, Canada.  The speech begins with Yishai discussing his background and the idea of Joseph’s need to be returned to the Land of Israel, even after death.  The concept of visionaries such as Theodor Herzl being enlightened t0 help physically bring the Jewish people back to Israel is presented along with how fasting on Yom Kippur and removing oneself from technology during Shabbat is an amazing form of meditation and reflection.  This segment wraps up with an intense question and answer session led by Yishai for the students in attendance.

The final two segments of this week’s show have Yishai presenting an inspiring speech given at Canada Christian College during his Winter 2012 tour.  The speech begins by presenting three popular terms used to describe the Jewish People and how each is involved in the molding of Jewish identity in political, ethnic, and religious terms.  The renaming of Eretz Yisrael to Syria Palestine by conquerors of the Land as an attempt to delegitimize the Jewish claim to the Land is mentioned.  A series of three riveting stories about Moses and his spirit is presented to the audience.  Yishai continues by discussing how the State of Israel has three different objectives in remaining a Jewish state including protecting the Jewish people, becoming an incubator for Jewish culture, and to be a light among the nations.  The speech winds up with Yishai talking about the three principal dangers that are faced by the Jewish people including delegitimization, Jewish division, and most importantly fear. 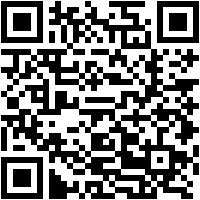