*Since 1982 and 1999, the Senate has repeatedly refused to ratify the Convention on the Law of the Sea and the Comprehensive Test Ban Treaty.

*The January 2013 defense authorization bill tightened restrictions on the transfer of terrorists from Guantanamo to the US. In May 2009, Majority Leader Harry Reid foiled President Obama’s attempt to close down the detention camp.

*In September 2012, a $450 million cash transfer to the Muslim Brotherhood regime in Egypt was blocked by Congress.

*The 2012 budget cut into Obama’s foreign aid spending request by more than $8bn.

*In 2009, bi-partisan congressional opposition prevented the appointment of Chas Freeman to chair the National Intelligence Council.

*In 1990, President Bush failed in his attempt to cut Israel’s foreign aid by 5% due to Congressional opposition.

*In January, 1975, the Jackson-Vanik Amendment was signed into law, in defiance of the president.

*Congress ended US military involvement in Vietnam (the 1973 Eagleton, Cooper and Church amendments), Angola (the 1976 Clark Amendment) and Nicaragua (the 1982-1984 Boland Amendments).

In 1991, Senator Daniel Inouye fended off Administration pressure to withdraw an amendment to upgrade the port of Haifa facilities for the Sixth Fleet: “According to the US Constitution, the legislature supervises the executive, not vice versa….” Will the 114th Congress follow in his footsteps, or will it abdicate its constitutional responsibilities? 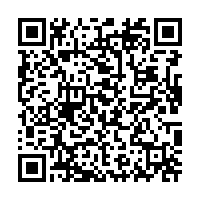