One does not have to be an apologist for Israeli settlements in disputed areas to recognize that the constant criticism that has developed around them is unproductive in reaching a peace settlement between Israel and its Arab neighbors. The settlements may be a problem but they are not a serious one. Altogether, they occupy less than three percent of the area of the West Bank, and have a population of about 300,000 there, another 20,000 in the Golan Heights, and 190,000 in east Jerusalem, Israel’s capital. Whether some or many of these settlements will be evacuated by Israel should depend on the nature of the negotiated peace agreement.

In spite of the settlement freeze suggested by Israeli Prime Minister Ehud Olmert in 2008, and the ten-month moratorium on new construction announced by Prime Minister Benjamin Netanyahu in 2010, the Palestinians still refused, for over nine months, to enter into peace talks.

The immediate problem is the question of who can legitimately claim sovereignty over the disputed areas of east Jerusalem and the “West Bank,” a term coined by Jordan when it controlled the area from 1949 until 1967. For over four centuries, these areas were provinces of the Turkish Ottoman Empire; after that, from 1922 until 1948, they were ruled by Britain under the Mandate given it by the League of Nations. The areas have never been under any Arab sovereignty.

Jordan declared it had “annexed” the West Bank after the 1948-49 War. Only two countries, Pakistan and Britain, ever recognized that claim; and Britain only de facto, not by full legal recognition. The Palestinians have never had a political state of their own and, when offered the opportunity by the United Nations General Assembly in November 1947, refused to create one. The Golan Heights, about 400 square miles, was ceded to Syria by a Franco-British agreement.

The boundaries of “Palestine,” and the decision about the exercise of sovereign power over it, remain to be determined in an overall peace settlement, as agreed to by all parties concerned in the UN Security Council Resolution 242 of November 1967.

As the West Bank and the Gaza Strip were unallocated parts of the British Mandate, the land held by Israel since the 1967 was determined not to be the accepted legal territory of any particular people or country. Moreover, Jewish settlement in the West Bank was never seen as an intrusion into alien territory as a result of war, nor as a violation of international agreements — either of which would have made settlements illegal.

International law gives no clear answer on the issue of Israeli settlements. The Fourth Geneva Convention does forbid government deportation or “individual or mass forcible transfers” of population into territory it occupies. This Convention was formulated because of the activities during World War II of the Nazi regime, and by inference the Soviet Union, in transferring population into occupied territory for political or racial reasons, or for colonization. As a result of those activities, millions were subjected to forced migration, expulsion, slave labor, and extermination. On this issue two factors are pertinent. One is that Israeli governments have not aimed at any displacement of the population in any of the disputed areas. The other is that neither the Geneva Convention nor any other law prevents the establishment of voluntary settlements on an individual basis, nor on their location, if the underlying purpose is security, public order, or safety, and as long as the settlements do not involve taking private property. It is absurd to suggest that the state of Israel “deported” or “transferred” its own citizens to the territories.

This conclusion was buttressed by a report, in July 2012, of the independent Israeli three-member committee, headed by former Supreme Court Justice Edmund Levy, which held that the classic laws of “occupation” do not apply to “the unique and sui generis historic and legal circumstances of Israel’s presence in Judea and Samaria spanning over decades.” The committee held that consequently Israelis have the legal right to settle in Judea and Samaria, and that the establishment of settlements is not illegal.

Israel has made concessions in the hopes of peace, although scant recognition has been given to them. Israel withdrew all forces and settlers in Sinai after the peace treaty with Egypt in 1979. All 21 Israeli settlements, with 9,000 residents, in the Gaza Strip, as well as all Israeli forces there, were withdrawn by a unilateral Israeli decision in 2005, to give the Gaza Strip a chance to become a thriving independent area. This withdrawal did not, however, result in any positive response, and has not stopped Hamas, the ruling group in Gaza, from constant missile bombardment and missile activity against Israeli civilians in nearby cities.

The settlements in the West Bank, east Jerusalem, and the Golan Heights remain as a source of contention, whether regarded as illegal or merely ill-advised. Certainly there should be legitimate discussion about them and about the actions of the Israeli government in legitimizing unauthorized outposts in the West Bank. The government distinguishes between the settlements that have been officially sanctioned, and outposts, some on hilltops for security reasons, for example, that settlers built without permission. Between 1991 and 2005 about 100 hilltop outposts were built by activists who believed they were creating “facts on the ground,” but did so without government permits or planning approval.

Israeli authorities are concerned about abuses regarding settlements. The Israeli Supreme Court in June 2012 ordered the dismantling of an outpost named Migron , that contained 50 families, a settlement that had been built on private Arab land. Legal decisions have made clear that settlements were never intended to displace Arab residents of the disputed territories. The settlements have been established for a combination of economic, historic, and military reasons, not ever for purposes of colonialism, or even colonization. A negotiated peace settlement between Israel and the Palestinians can easily decide their fate. 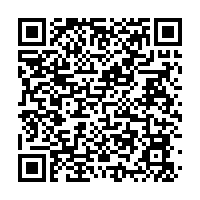