During the past decade, life has become more difficult for Jews in Europe. They are not only the victims of a rise in anti-Semitic violence and intimidation, mostly as a result of the growing numbers of radical Muslim immigrants in Europe. They are also finding their right to practice their religion restricted as Europe becomes an environment where Jewish dietary rules and ancient traditions are being criticized and even outlawed. This time, ironically, they are being joined by Muslims.

Male circumcision — a medical procedure in both Judaism and Islam that has nothing to do with female genital mutilation or “female circumcision,” which is not required by the Koran, and which has no medical benefits, only medical liabilities — could well be the latest victim of misguided political correctness, despite massive medical evidence that male circumcision is “cleaner,” meaning that the area involved becomes less prone to harboring infections and transmitting diseases.


Last month, Dieter Graumann, the president of the German Zentralrats der Juden (Central Council of Jews), warned that “Jewish life will become practically impossible” if circumcision of male infants is banned in Germany. On May 7, an appeals court in Cologne ruled that circumcision is an infringement of a child’s physical integrity and that it violates the child’s right to self-determination. Subsequently, the German Medical Association advised doctors no longer to perform circumcisions for non-medical reasons. The decision to prohibit male circumcision on the grounds of “religion” embodies a breathtaking lack of regard for both personal and public health, and the regressive preference for religion and political correctness over science. In the United States, for example, it has long been considered a fundamental of public health to circumcise all male infants shortly after birth — unless specifically asked not to — regardless of religious affiliation.

Last Thursday, fortunately, the German Bundestag approved a cross-party motion to protect the religious circumcision of boys. The resolution urges the government to draw up a bill explicitly allowing the practice. Nevertheless, it is indicative of Europe’s growing intolerance towards religious practices that courts have begun to issue verdicts such as the one in Cologne that prohibits circumcision.

The case began after a Muslim doctor circumcised a 4-year old boy. Two days later, the wound began to bleed and the child was rushed to a hospital. The hospital informed the authorities, whereupon the public prosecutor brought the doctor to court. When the court acquitted the doctor, the public prosecutor appealed the verdict. Although the Cologne Landgericht again acquitted the doctor on the basis that “the legal status (of circumcision) is very unclear,” the ruling unequivocally condemned male circumcision. Fearing that the ruling would set a precedent to be followed by other German courts, the Medical Association advised doctors to stop circumcisions for religious reasons.

The verdict was applauded by many organizations. Deutsche Kinderhilfe, a non-profit organization to aid children, said that the wellbeing of children had been served by the court. The German Institute for Pediatric Surgery stated that the verdict conformed to medical ethics. The Professional Union of Pediatricians warned “for the trivialisation of this form of physical damage by the circumcision defenders” and said that the right of children to physical integrity should be society’s primary concern.

The International League of Non-Religious and Atheists also welcomed the verdict, stating that religiously motivated circumcision is a form of physical damage and mutilation. Terre des Femmes, an international women’s rights organization, also applauded the Cologne verdict. It said the physical integrity of children should not be restricted for religious reasons.

In the German media, psychotherapists stated that circumcision on six- or seven-year old boys can have a traumatic effect. Jewish organizations pointed out that Jews have been circumcising boys on the eighth day after birth for thousands of years, without any Jewish men later complaining about harmful side-effects. They also emphasized that male circumcision cannot be equated to female genital mutilation. 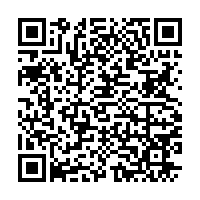