Claudia Rosett writes about the Pentagon statement yesterday that the US doesn’t think the Iranian warships were ever in Syria these past few days. You can read that full analysis on Pajamas Media.

Here is the key excerpt:


Pentagon spokesman, George Little, told the press, “We have absolutely no indication whatsoever the Iranian ships ever docked in Syrian ports.”

What’s going on here? One day there are two Iranian ships docking in Syria. Three days later, it seems that, like the Flying Dutchman, they never made port. Whatever they did during their swing through the eastern Mediterranean, they are now reported as having left the area, heading back through the Suez Canal.
These are not phantoms, or flyspecks invisible to the hi-tech eye. These are ships, substantial objects, which the U.S. certainly has the ability to track. I can’t claim to know what actually happened, and, alas, I have no inside sources here. So this is pure speculation. But it sounds as if the Iranian ships were indeed heading for Tartus, and then ran into some reason to back off — leaving the Iranian government to bluster that the ships had docked, rather than admit they’d chickened out.

I’m not going to write a formal post on the subject, as it’s all just too dicey, including the cryptic Pentagon assertion, which comes off to my ear as rather carefully worded. (And I don’t want to make too much of that. It could mean nothing.) The Israeli Defense Ministry isn’t commenting publicly on the Pentagon’s assertion either.

At any rate, I want to point out a comment from another naval professional at Claudia’s PJ Mediapost:

FYI, A destroyer needs to visit a gas station every 5 to 7 days. Fuel supply can be pushed out further but at risk of getting too low to respond to anything. Supply ship is not an oiler and Iran does not know how to refuel at sea (A US tour de force and a NATO skill set).

Something is very odd about this whole thing. By operating conservatively, the destroyer could have made it from Port Said and back between 17 Feb, when it reportedly entered the Med, and its return for a southbound transit through the Canal on the 21st (again, according to reports). That would imply refueling in Egypt.

But there are discrepancies in this whole incident. Originally, the Mehr News Agency reported that the ships arrived in Syria on the 17th. (Maybe; although a tad doubtful if the ships were northbound in the Canal on the 17th.)

Press TV then said they arrived in Syria on the 18th. That was the story picked up by all the world’s news agencies. Israeli military spokesmen were interviewed that day on the Iranian warship issue, as were Suez Canal officials, who said the ships were declared for Tartus, Syria.

The next wave hit on the 20th, Monday, when foreign news agencies started reporting that the ships had arrived in Tartus on the 20th.

On the 21st, the reports came out that the ships were headed back for the Canal, presumably having left Tartus that morning.

Syrian News (a heavily propagandistic website aligned with the Assad regime) reported on the 20th that the city of Tartus welcomed the Iranian flotilla over the weekend, seeming to confirm the reports of arrival on the 18th.

In the past day, Lebanese and Israeli reporting quotes Syrian opposition sources as saying that the Iranian supply ship offloaded weapons and electronic warfare equipment for the Assad regime.

There are no photos of the ships in port at all, which would seem to be telling, although the Syrian regime is so hunkered down that it might not be able to (or want to) bring off photo or video documentation. The Russians run the naval base at Tartus, but it is not clear which area of the port complex the Iranian ships supposedly stopped in.

A number of reports circulating in Europe and the Middle East referred to the ships “dropping anchor” in Tartus. That may have simply been ignorance and the inaccurate use of nautical expressions, but there is also the possibility that one or both of the ships spent most of their time anchored offshore, rather than moored to a pier in the port complex itself. The offshore depth is shallow, a good way out from the Syrian coast, and commercial imagery from recent years shows lots of tankers and cargo ships still anchoring out, a long-time practice in the area. To offload cargo, the Syrian supply ship would have gone to a pier, but perhaps not for more than 8-10 hours, and perhaps during a period when there was no US surveillance.

One would want a little more detail about this incident to accept that it just didn’t happen. But it would be good to think that, even if we don’t stop Russian ships from bringing arms to Syria, or Venezuelan ships from bringing diesel fuel for tanks and APCs, we are stopping the Iranians. 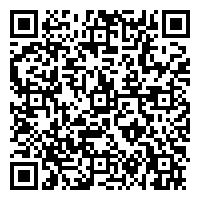