It’s February in Israel and, mercifully, we’ve been having one of the wettest winters in many years. The level of the Sea of Galilee is now almost 3ft above where it was this time last year.

But stark headlines are screaming of summer electricity shortages. In June, pioneering electric car company Better Place will begin delivering to customers in Israel the battery-switch capable Renault Fluence ZE sedan – just a month into peak air conditioning season. How irresponsible is it to load the grid with electric cars when there is a recognized shortfall in generating capacity? There is a very clever reason these cars may actually help, and it relates to a controversial law that Israel has passed: charging an electric car from the regular electricity system is illegal. You may only use (at present) a Better Place charge point. Critics are screaming about state-appointed monopolies and rewards for crony lobbyists.

First some background on Israel’s electricity infrastructure: The so called ‘Arab spring’ has seen Israel’s supply of natural gas from Egypt interrupted by pipeline sabotage numerous times in the last year. Israel gets 61% of its electricity from imported coal, 37% from gas and the rest from fuel oil (source: Israel Electric Company). Israel has its own small gas field on stream now but the more major recent finds are not on stream yet.

Israel is a hot, desert country and summer is by far the peak time for energy use – with air-conditioning at a near-ubiquitous usage. The average daily summer temperature on the coast in Tel Aviv is above 87℉from March to November, while Eilat in the southern desert is much hotter.  A little-known mitigating factor is the almost universal use of simple radiated heat – solar water heaters in 90% of homes and businesses for hot water. These cheap, simple devices were made mandatory for new residential building in the early 1990s meaning there is very little hot water heating during the summer.

Whatever the internal causes, the news right now is full of predictions that Israel will have production reserves of only 2-3% in the summer. Energy minister, Uzi Landau has said “There is a great danger that the electricity grid will fail if there is any type of breakdown at the power station, especially during peak usage hours.” Plans are in place to ship in portable 25 megawatt generating equipment to help out.

For those who don’t know, Better Place is on the verge of going live in Israel with the first all electric cars to be offered to the public in Israel. These Better Place cars differ from other electric vehicles like the Chevy Volt or Nissan Leaf because their depleted battery can be swapped for a full one in around 4 minutes. The Renault ZE is also larger than the Nissan or the Chevy: sized more like a Honda Accord a real, practical family car.

The cars are sold to consumers with a big sticker: “battery not included”. The battery, and most importantly, all the electricity you will ever put into your car, are bought from Better Place in the form of a monthly subscription. These subscriptions are dependent on the number of miles you plan to drive but start at a relatively high level of 12,000 miles per year. Better Place does not want low mileage drivers: Better Place’s business model makes it’s money per mile! By not forcing the consumer to buy the most expensive single part of the car, it’s battery, the sticker price of the car is competitive with similarly-equipped gasoline cars on the Israeli market. Right now, Better Place is fixing the subscription price for the next four years. The price is highly competitive when compared to the cost of gasoline in Israel — which is over double the price in the US.

So how does that square with a car that can only drive 100 miles on a full charge? Included in the purchase price is the complete installation of a home charging point with it’s own meter and separate connection to the power company – it does not appear on the home owner’s electricity bill. Commit to 16,000 miles per year and you can have one at your place of work too. So, for many users who drive less than 100 miles per day or 100 miles each way to a place of work, home charging will be their sole source of power. Better Place is also installing public charge spots in mall parking lots and other locations. Each owner has a smart card that identifies them and opens a public charge port for them.

The unique part of Better Place, however, is the network of battery switch stations they’re rolling out along every major route in Israel. Drive into one, it looks like an automatic car wash, sit in the car and 5 minutes later drive out with 100% charge. Your depleted battery is taken inside, cooled to 40℉ and rapidly charged ready for another car. Israel is a small country. East to west through Tel Aviv you can cross the country and return on a single charge. North to south would take two or three battery swaps. Around 60 stations are enough for the whole country. 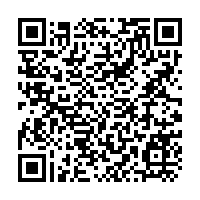