Numerous news outlets have reported on the new Atrocities Prevention Board unveiled by President Obama as part of commemorating Holocaust Remembrance Day, and quite a few have expressed skepticism. It’s one thing to create a board, another entirely to take action using the tools of national power.

Defining “atrocity” will be a stiff challenge.  If something seems awful but the US administration doesn’t really want to intervene in it, will it be defined as an “atrocity”?  If it’s defined as an atrocity but we don’t do anything other than blather about it, what exactly will be the point of the Atrocities Prevention policy?


Presumably, a due-out from the Atrocities Prevention Board (APB) will be a periodically updated list of which foreign activities and ongoing events the United States considers to be atrocities.  The absence of any such communication will render the APB so pointless as to be a daily unfolding satire.  Silence from an Atrocities Prevention Board is inherently untenable.

Yet assembling that list will be a heavily politicized process.  Will we call “atrocities” things we have no power to intervene in?  If the American people are reluctant to take on an “atrocity” intervention, is there any political value for the president in having the atrocity officially identified?  A divided Congress may have been inert in the last 18 months, but when overly provoked, as with the endless, punch-pulling Vietnam intervention, Congress becomes a snorting, stamping elephant.   How would a president acting on the proposals of an Atrocities Prevention Board deal with Congress?

If atrocities are defined and declared on a regular basis, yet remain undeterred, the atrocity list will lose its impact in the same way the Homeland Security terror-alert system has.  “Yeah, we’ve got some atrocities going on out there,” the average citizen might say.  “I don’t know what they are, but there’s some kind of board for that.”

Institutionalizing indifference to mass murder – to use The Weekly Standard’s formulation – is one of the obvious hazards of boardifying the US posture on “atrocity.”  There are a couple of others worth mentioning.  One is contingent:  the APB’s leadership under Obama.  The president has appointed Samantha Power– the brain behind the “responsibility to protect” non-hostile kinetic military action in Libya – to head the APB, and she is on record as calling Israel a “major human rights abuser.”  Here is her 2002 proposal for intervening in the Israeli-Palestinian Arab conflict:

What we don’t need is some kind of early warning mechanism there, what we need is a willingness to put something on the line in helping the situation. Putting something on the line might mean alienating a domestic constituency of tremendous political and financial import; it may more crucially (sic) mean sacrificing—or investing, I think, more than sacrificing—billions of dollars, not in servicing Israel’s military, but actually investing in the new state of Palestine, in investing the billions of dollars it would probably take, also, to support what will have to be a mammoth protection force, not of the old Rwanda kind, but a meaningful military presence. Because it seems to me at this stage (and this is true of actual genocides as well, and not just major human rights abuses, which were seen there), you have to go in as if you’re serious, you have to put something on the line.

Getting a US military intervention force in Israel past Congress would be interesting.  The American politics of this are a head-scratcher, but so is the definition in this case.  If Power were to be specific about what she considers “human rights abuses,” one can only presume she would be speaking of checkpoints, the security fence between Israel and Gaza (the security barrier with the West Bank had not been constructed in 2002), and Israel’s military attacks on terrorist strongholds in Gaza.

One question this raises is what the APB would term terrorist attacks by Hamas.  Presumably a single terrorist incident is not a “mass atrocity” – if the Holocaust is taken as the standard – but how about systematic terrorism of the same kind, and against the same people, over decades?  Terrorist organizations do commit mass atrocities, as they have in Colombia and Russia, among other places.  Are terrorists to be intervened with like national governments?  How about syndicate crime, like the cartel thugs who have slaughtered more than 50,000 Mexicans in the last five years?

Meanwhile, are India and Pakistan abusing the other’s populations with their border barriers in Kashmir?  Perhaps even more informative, is the UN committing a human rights abuse by sponsoring (and managing) the security barrier between the Republic of Cyprus and the unrecognized Turkish-occupied portion of the island?

Is the existence of border-security measures a justification for armed intervention?  And if it is, how does it fit into the “mass atrocity” construct?  If it doesn’t justify armed intervention, on the other hand, but something else – what is that something? 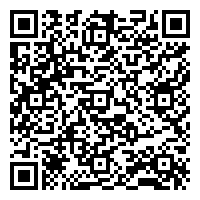