Our daily roundup of the Jblogosphere goes to Hirhurim, The Jew and the Carrot, Failed Messiah, and Cross Currents. We’ll be here every weekday with whatever caught our attention out there. Your comments are welcome, and if you’re a habitual Jblogger and just uploaded your heart online, please let us know so we’ll come visit.

When You’re Happy and You Know It

“Contrary to common opinion, the traditional Jewish greeting of ‘Shalom aleikhem’ is not a wish for peace. It is a fulfillment of the ancient enactment to greet others with God’s name, using the appellation of Shalom to refer to God.”

A brilliant entry on “Hirhurim – Torah Musings” on the origin of the greeting. The author investigates the traditional attribution of this greeting to Boaz, one of King Davi’s great grandfathers from the Book of Ruth, and comes up with his own conclusions. Enjoyable read with your lunch sandwich.

Why Didn’t I Think of That One?

Renee Ghert-Zand, writing for “The Jew and the Carrot,” brings to our attention the wonderful word “Chewdaism,” which she picked up while reviewing A.J. Jacobs’ new (third) book “Drop Dead Healthy.”

“Jacobs explains that Chewdaism is a kind of food mindfulness,” writes Ghert-Zand. “The central tenet of Chewdaism, is that chewing your food 100 times (Jacobs aimed for a more doable 50) before swallowing it makes you healthier.”

I’ve always believed that every religion requires a healthy dose of OCD to make it to the top, and so, absolutely, Chewdaism is here to stay.

Rosenberg points out the crucial argument made by Litzman, that letting yeshiva students be exempt from military service is “written into the binding coalition agreement between the Haredi United Torah Judaism,” Litzman’s faction, and Netanyahu.

But while Rosenberg keeps it cool, his readers are anything but. What I mean is that there’s a bar brawl starting, and you’re all invited. My own personal favorite is this short poem, by AK (I’m pretty sure when you spell out his name, it’s a mild expletive in Yiddish):

“What is quite beyond me is giving a hack like Litzman any political power whatsoever. I have a simple formula that works for Israel:

Hats off to Jonathan Rosenblum in Cross Currents, who reviews the newest case of plagiarism in Jewish publishing, against best-selling novelist Naomi Ragen. Ragen was ordered to pay Sarah Shapiro 233,000 shekels for scenes that the former lifted from Shapiro’s memoir “Growing with My Children” and inserted in her own novel “Sotah.”

Rosenblum cites Ragen’s interview in Yedioth, in which she says she was the victim of a Hareidi conspiracy, implying there was “some kind of improper political influence on the judge.” Then he shows, in a clear and simple style, that the lady, best-selling or not, is a little over the top here.

His punch line is really funny, too, and, sworn enemy of plagiarism that I am – I won’t steal it from him. You’ll have to click over and see for yourself. 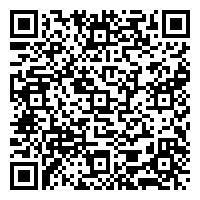